"My Cavafy" – A Photo Exhibit by Stathis Orphanos 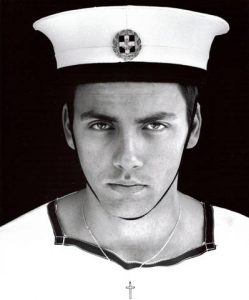 On July 24th an interesting exhibit by Stahis Orphanos titled “My Cavafy” opens in West Hollywood in Southern California.

Stathis Orphanos was born in North Carolina of Greek parents. Educated in the US he maintains his homes in California and on the Greek Isle of Samos. As a youth he acquired a Rolliflex camera and found small miracles in his first roll of developed film. Light and shadow combine with this sensibility for the perfect moment in his art. As a portraitist he has photographed famous writers, actors, athletes and the military that have been seen in galleries and museums. He is, along with his partner Ralph Sylvester, a publisher of fine edition books. His photos are on the covers of numerous volumes.