A Contribution to George Zabeta 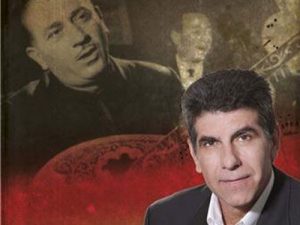 A tribute to George Zambetas will be done by John Bezo and a folk orchestra, at the theater ‘Earth’. A tribute, that hopes to elevate the hopes and feelings of defeatism of our time.
A celebration, a show with more than 25 songs contributed to Zabeta and narrations from the book of Joanna’s Kliasiou “And the rain fell….strait throw. George Zabetas, Life and Times.” The book is published by Defi.
Singer, actor, Gianni’s Bezo’s say’s, “To go back to our childhood years are often painful, but others are so magical. Not because it “used to be better, but because we were young and not taking ourselves too seriously.”
“For a man of humble birth like me, the presence of Zampeta was a musical and a game of life simultaneously, which now I miss. And because I am almost certain that most of us feel that way I decided to revive the sound of the post war. I am not doing it, in order to recall those times, but want to give a slap in the face of the demureness of our recent European years.” He said.
Giorgos Zabetas was a great musician, but most of all a very brave man. He wasn’t afraid of his humble origin, nor the way he spoke, nor his lack of knowledge. He defended his own personal emotions.