GRNews
GreekReporter.comHollywoodLouie Psihoyos: His Path to the Oscar Wasn't Glamorous

Louie Psihoyos: His Path to the Oscar Wasn’t Glamorous

“During the Greek era it was punishable by death to harm a dolphin, we ‘ve lost that somewhere”. Then a Greek decided to make a documentary that may change the way people thinking about dolphins. Unfortunately, not everybody loves them. This is how it begins the trailer for “The Cove” a new documentary that you may see getting the golden statue this year in the 82nd Academy Awards. We talked exclusively with Greek-American director Louie Psihoyos about how dangerous was shooting a documentary with this subject in Japan, and his next steps in film making. 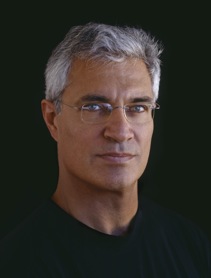 Where does your family come from?

My father, who was from a village near Sparta died when I was eight years old. In my little eight year old head he could have been one of the strongmen, from the movie 300 who also came from Sparta.

How did you get involved with Photography and movies?

I had a Greek cousin who was a wedding photographer in Chicago and he gave my brother a little Kodak camera after my father died. My cousin took us to his darkroom and when I saw that magic act that happened when you put a piece of paper in the developer – I was hooked. At about the same time I had seen a National Geographic Magazine at my mother’s hair dresser’s shop. Like many children in America I wanted to be a photographer for National Geographic after I first saw the magazine. I’m a firm believer in short, medium and long term goals, I think that philosophy came from my Greek heritage. We Greeks always take the long view because in our view, human civilization started with us. That may not be true but that’s what I grew up believing. My cousins and Greek relatives always thought about the future, their retirement, the well being of their children and their family and they are not afraid to work for something that may have a payoff decades in the future. Coming out of college I became the first photographer National Geographic hired in over 11 years. I also wanted to be an oceanographer after watching the early Jacques Cousteau specials. Five years ago I helped start the Oceanic Preservation Society and The Cove is our first film. I now wish I would have made my long term goals a little shorter but as one colleague told me, “They probably would have been crappy films if you would have started earlier.”

Your documentary film, “The Cove” is up for an Oscar award. What was the inspiration behind making this film?

My dive buddy is the serial entrepreneur Jim Clark. He started three companies from scratch, Silicon Graphics, Netscape and WebMd. They all went on to become worth over a billion dollars. Every time we returned to dive at some of the same places, we noticed that there were less fish, illegal fishing, coral reef destruction and more pollution. We decided to start a non-profit company called the Oceanic Preservation Society and we would make films to create awareness about ocean issues. The Cove is our first film.

What were the challenges you faced in filming “The Cove”?

Making a movie is difficult under the best of conditions. On and in the water making a film becomes a nightmare. In fact, my son was doing sleep overs on Steven Spielberg’s boat when my family was on vacation on Jim’s boat. His advice to me was, “Never make a film involving boats or animals.”

While making The Cove, we were working with boats, uncooperative animals and we were in a place where we faced arrest every day. People wanted to kill us if we got caught on their turf. I’m looking forward to making a film where people don’t want to kill me. The next film will be ocean based however. 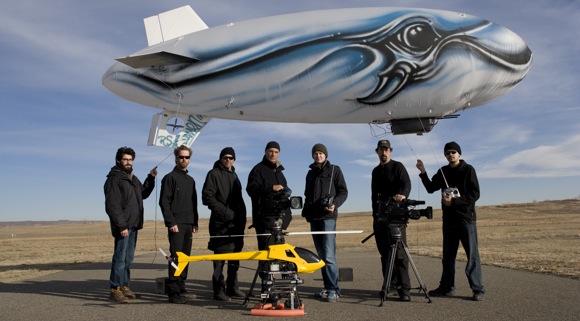 Some have criticized the movie claiming that it generalizes and puts the Japanese fishing market in a bad light. What do you think?

You can generalize when it comes to the fate of the ocean’s health and predict our fate based on where we have been, where we are now and where we are going. Due to pollution and acidification from the burning of fossil fuels we have lost about a third of all known coral reefs so far. By the end of this century we will have lost all of the coral reefs and with it about 25% of the species in the oceans. We are now going through a major extinction event that on a cataclysmic scale will rival the loss of the dinosaurs. But this time – the event will be caused by a single species – human beings and this is not just a Japanese problem, it is a world wide problem.

The Cove addresses overfishing and pollution of our major source of animal protein – seafood. Since the time of the ancient Greeks back to Aristotle they have written about dolphins as legendary creatures known to save the lives of sailors. The dolphin, in fact, is the only wild animal known to save the life of human beings. Ironically, the only way we can save their lives now is to prove we have made their environment so toxic that we should not be eating them! We have not only lost respect for these animals, we have lost respect for our own birthplace which is the sea. We are doing what no wild animal will do, foul our own nest. The Cove to me is a microcosm of what is happening around the whole world. Telling the story against the background of the cove just highlights the issues we face so viscerally that the story is quite shocking.

Does this of type dolphin fishing only take place in this village?

About 15% of the dolphins and porpoises killed around Japan occur in this Japanese National Park, a nature preserve. Most of the animals are in fact killed at sea in the north of Japan outside the view of land.

Were you ever threatened or felt threatened while filming in Japan? What was your best and worst day during the making of “The Cove”?

We were always threatened with arrest in Taiji. In fact we were run out of town twice by the police who couldn’t figure out what we were up to. We had time lapse cameras set up all over town and would go out in the middle of the night to check on them as a kind of ruse to throw off the police who were tailing us. The police checked into the same hotel as us for a 3 and a half week period. We had five hotel rooms and the police had five hotel rooms. We would go out and they would go out and follow us with their cars. At one point we had 7 cars following our two vehicles. I still get death threats.

If you could describe the style of your film in one word; what would it be?

small group of thoughtful people could change the world. Indeed, it’s the only thing that ever has.” You see that wonderfully in our film by the actions of Ric O’Barry. I hope he inspires people to take action on injustices being done to the environment. I know from the tens of thousands of people who write us that he is inspirational – we are creating a legion of activists – almost a million people have signed up so far to take action. The next idea is that when you take intelligent, sentient creatures out of the wild and force them to do stupid tricks for our amusement – it says more about our intelligence than it does about theirs. The next idea that we need to get away from the burning of fossil fuels as quickly as possible because it is contaminating all of our seafood especially at the top level with ocean predators like, tuna, marlin, swordfish where they bio-accumulate neuro toxins like mercury which are a result of the burning of fossil fuels. It’s not just dolphins and whales that are becoming poisonous – it’s everything that we like to eat.

What are your goals as a filmmaker? Will you continue making documentaries?

I want to make films that inspire people to think about the environment and tailor their actions to match what their heart and their head know to be true. At OPS we have about 120 solar panels that generate 140% of our energy from the sun. The electric company sends us checks now. We have two electric cars, one that goes 120 miles on a charge and travels over 80 mph. The license plate says VUS which stands for Vehicle Using Sun, the opposite of an SUV. Sure solar energy is expensive but not compared to the cost of fighting wars in the Middle East and polluting the planet to the point that our future children will never know what a coral reef looks like. That to me too expensive.

What are your future projects?

The new movie is on acidification and the sixth major extinction in the history of the planet. We’re also talking about making television series for one of the nature channels.

Would you want to make a Greek-themed movie?

I want to make movies that make Greeks proud that it was made by one of them.

Do you think Greece would be a good destination to shoot a film?

I would love to do more diving around Greece. I always feel like I’m home when I go there – the people are so friendly and I love the food. I think it would be a delightful place to make a film.