Jennifer Aniston among the Presentors at Golden Globes 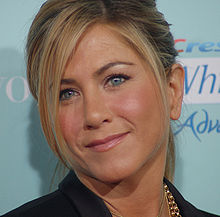 Greek American Golden Globe winner Jennifer Aniston will join Mickey Rourke and Julia Roberts to present “The 67th Annual Golden Globe Awards” on Sunday, January 17. The show, hosted by Ricky Gervais, will be broadcast live coast to coast on NBC (5 to 8 pm PT, 8 to 11 pm ET) from The Beverly Hilton.
They join previously-announced Robert De Niro and Leonardo DiCaprio who will present the Cecil B. DeMille Award to Martin Scorsese.
“The 67th Annual Golden Globe Awards” will be seen in more than 160 countries worldwide and is one of the few awards ceremonies that span both television and motion picture achievements.
The special will be produced by dick clark productions in association with the Hollywood Foreign Press Association. Philip Berk is President of the Hollywood Foreign Press Association. Orly Adelson, president of dick clark productions, and Barry Adelman will executive-produce the special. Chris Donovan is the director and Bob Bardo is the executive in charge of production.