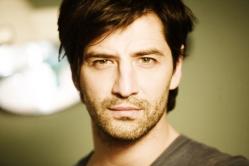 Craig Porteils (born in Craig Portelis)  and Cameron Giles-Webb are the Greek Australian musical composers and songwriters who wrote the lyrics for the song that Sakis Rouvas will sing at the Eurovision contest on May.

The title of the song is “This is Our Night” and it was the one that Greek audiences voted to represent the country among two others.

According to Wikipedia “Proteils was born in Australia and began his career in the decade of the 1980s, as the guitarist of his own band. However, Proteils soon realized that his strengths were in behind-the-scenes production and started producing music in continuation. From 1989-1996, Porteils was based out of Los Angeles where he experienced great success writing for huge artists such as Cher, having helped produce her 3× platinum album Heart of Stone whiched peaked at number 10 on the US Billboard 200, by contributing to the song “If I Could Turn Back Time”, which went to number 1 on the Billboard Hot 100. He also has produced Billy Idol’s top 10 hit “Cradle of Love” from the album Charmed Life, Tevin Campbell’s top 10 hit Back to the World, Guns n Roses‘ number 1 hit “Knockin’ on Heaven’s Door”, Fleetwood Mac’s Behind the Mask, Terence Trent D’arby‘s Symphony or Damn, Rod Stewart’s “Rhythm of My Heart”, Ozzy Osbourne’s No More Tears, and Richie Sambora’s “One Light Burning”.

Porteils has been the production manager and composer of many American film scores and soundtracks, such as Parenthood, starring Ron Howard, Frankie and Johnny, starring Al Pacino, Three of Hearts, Johnny Handsome, starring Micky Rourke, and Cry-Baby, starring Johnny Depp.

In 1996, Porteils returned to Australia to work in the music industry of his native country. He has participated in the production of the popular show Australian Idol and produced albums for Shannon Noll and Guy Sebastiene. He has produced for many winners of the show in studio. Some of his most famous Australian collaborations include Diesel, Cactus Child, Wendy Matthews, Shortstack, David Campbell, Deni Hines, Ultimo, Damien Lieth, Young Divas, Joel Turner, Michala Banas, The Noll Brothers, and Human Nature.”