Top 10 Countries With the Highest IQ

Determining which countries have the highest IQ and are the smartest in the world is difficult because there are so many different factors to consider.

However, the site World Population Review recently put together a list of the top nations in the world, according to which the southeast nations of the world rank at the top.

According to the list, most people worldwide (about 68 percent) have an IQ of between 85 to 115. The few above an IQ of 140 are considered geniuses. 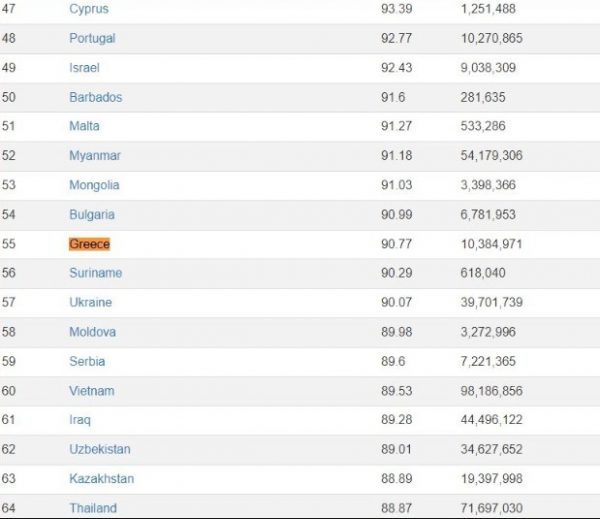 IQ ranking based on most widely publicized studies

World Population Review says it has compiled its list based on some of the best-known and more widely publicized studies of world intelligence conducted by British psychologist Richard Lynn.

In a 2019 study titled The Intelligence of Nations, Lynn and collaborator David Becker measured the average IQ of citizens across 132 nations and calculated estimated scores for another 71.

There is a note of caution in terms of the list, however, as it should be mentioned that Lynn’s studies while arguably the most comprehensive available, often spark considerable debate.

One of the more creative studies of intelligence is the 2017 Intelligence Capital Index, or ICI, which drew on several factors to determine not the smartest nations overall but those most likely to leverage their smartest citizens’ intelligence to “expand the frontier of knowledge and/or introduce the technologies and innovations of the knowledge economy…Big Data, cloud computing, artificial intelligence, etc.”

In the ICI study, the United States ranked number one and was the only nation to receive an A+ rating. Coming in second place was the United Kingdom, followed by Germany in third place.

Other high-ranking nations on the ICI include Australia, Singapore, Sweden, Switzerland, Canada, Finland, and Denmark.