German researchers have tracked down and documented hundreds of antiquities located in Berlin museums that were looted from the island of Samos, Greece.

A report in Deutsche Welle on Wednesday says that a book was just published after years of research documenting in detail the looting of antiquities between the late 19th and early 20th centuries.

The book “Constantinople—Samos—Berlin: Forfeiture, Division of Finds and Clandestine Export of Antiquities on the Eve of the First World War” consists of essays that reconstruct in detail the history of excavations of the then Royal (today: National) Museums in Berlin on Samos. 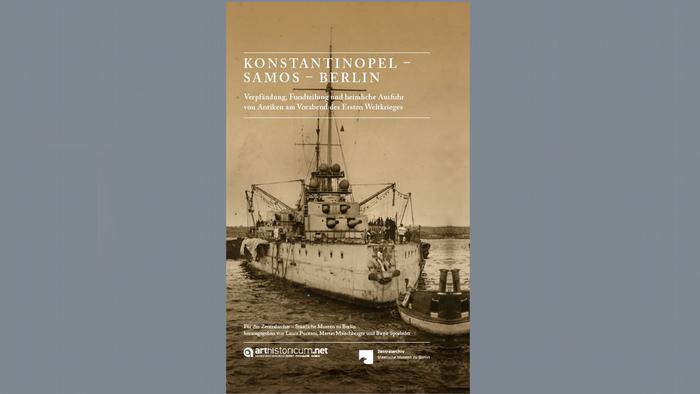 Around 250 antiquities are suspected of being looted from Samos, Greece

The essays not only reveal the partly illegal export of archaeological finds but also how the German actors then attempted to profit from power imbalances against the background of political instability, Deutsche Welle reports.

Martin Maischberger, the deputy director of the Berlin Collection of Antiquities and a contributor to the book, told press agency epd that around 250 objects are suspected to have come to Berlin “unofficially” while it is almost certain that around a dozen objects “illegally left” Samos.

According to him, only around 20 objects were listed on an official agreement on the sharing of finds between the Royal Museums in Berlin and the then Prince of Samos, Andreas Kopases.

The archaeological finds include magnificent statues, such as the Ornith from the Geneleos group or the Cheramyes Kore, as well as small bronze statuettes, clay statuettes, ceramics, and architectural parts from the Heraion.

While some excavated finds under the supervision of German archaeologists were legally transported to Germany, archival documents provide evidence that illegal export was the route more often chosen, Deutsche Welle says.

Small finds were sent to Berlin by international post, while larger finds and heavy marble sculptures were transported to Germany by shipping companies without the knowledge of local authorities.

The book provides an appendix listing all objects from Samos, which are in the possession of the Collection of Classical Antiquities of the Berlin National Museums.

Unveiling the book on April 7th, Christina Haak, deputy director-general of the state museums, stated that talks have already been initiated with the Greek side, “but we are only at the beginning.”

She added that while it is still too early to discuss returns or research and exhibition cooperation, what is clear is: “The injustice of the time is still injustice more than 100 years later.”

Located in the eastern Aegean Sea near Asia Minor, Samos itself was in transition between 1910 and 1914. The island was a semi-autonomous principality of the Turkish Ottoman Empire until its annexation to the Kingdom of Greece in 1912.