Elias Demetracopoulos may not be a familiar name among Greeks or Greek-Americans, but as a new book reveals, he was one of the most fascinating figures in 20th-century political history.

Demetracopoulos may be overlooked, but his life reads like an epic adventure story, says author James H. Barron in the introduction of “The Greek Connection: The Life of Elias Demetracopoulos,” published recently. 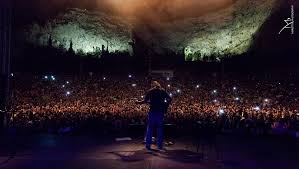 The book traces the life of the young Athenian who as a precocious twelve-year-old in occupied Greece, engaged in heroic resistance efforts against the Nazis, for which he was imprisoned and tortured.

After his life was miraculously spared, he became an investigative journalist, covering Greece’s tumultuous politics and America’s increasing influence in the region. A clever and scoop-hungry reporter, Demetracopoulos soon gained access to powerful figures in both governments.

When the Greek military dictatorship took power in 1967, he narrowly escaped to Washington DC, where he would lead the fight to restore democracy in his homeland –while running afoul of the American government at the same time.

The author uncovers the story of a man whose tireless pursuit of uncomfortable truths would put him at odds with not only his own government, but that of the Truman, Eisenhower, Kennedy, Johnson, Nixon, Ford, Carter and Reagan administrations, making him a target of CIA, FBI, and State Department surveillance and harassment — and Greek kidnapping and assassination plots American authorities may have purposefully overlooked.

Demetracopoulos’ largest scoop, the discovery that the regime in Athens funneled $549,000 to Richard Nixon’s campaign in the run-up to the 1968 elections via Greek American business mogul Tom Pappas, did not have an immediate impact.

As Barron notes “The idea that US taxpayer dollars had been laundered by the Greek junta with CIA complicity could have been a major blow to Nixon” and, he goes on to say, “could have fed such a big story to several reporters and urged them to follow up. He was a reliable source for scoop-hungry columnists like Rowland Evans and Bob Novak, and muckrakers like Jack Anderson and Drew Pearson. He also could turn to his friends on Capitol Hill for statements of outrage and calls for investigation.”

Instead, for reasons that even Barron can’t quite fathom, Demetracopoulos went to Larry O’Brien, chair of the Democratic National Committee who, incredibly, chose not to use the information to damage Nixon’s chances of being elected. Nixon then went on to beat his Democratic opponent Hubert Humphrey by the narrowest of margins.

The author of the book, James H. Barron, is a journalist, attorney, and founding advisory board member of the New England Center for Investigative Reporting.