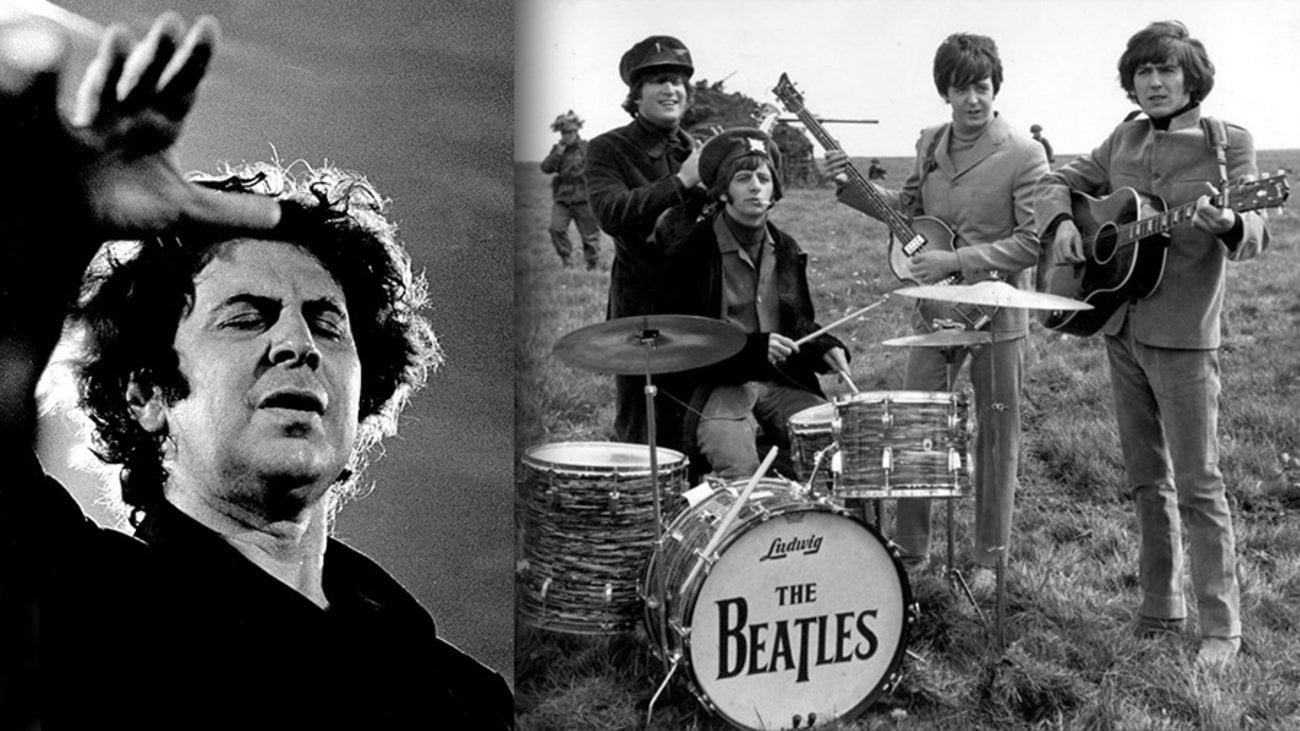 Few people today may realize that some classic songs which became international hits were actually written by Greek composers, many of them by the giants Mikis Theodorakis, Manos Hattzidakis and Giannis Spanos.
From The Beatles to Edith Piaf and Nat King Cole to Shirley Bassey, many renowned singers, as well as countless others across the world, have given voice to some timeless Greek melodies.
1. The Beatles – The Honeymoon Song
The Mikis Theodorakis  song “If You Remember my Dream,” originally sung in Greek by Giovanna, was picked up by none other than the Beatles, who turned it into “The Honeymoon Song.”


2. Brenda Lee – All Alone am I
An English version of a timeless Manos Hatzidakis song is “Don’t Ask the Heavens.” This lovely ballad was originally sung by actress Tzeni Karezi in the film “Island of the Brave.”

3. Shirley Bassey – Life Goes On
Mikis Theodorakis wrote the music for this song, which was featured in the Brendan Behan play “The Hostage,” which was inspired by the struggle of the Irish for independence.

4. Brigitte Bardot – Les Amis de la Musique
A light-hearted composition by Giannis Spanos, this was sung by the French idol in her prime.

5. Harry Belafonte – In the Small Boat
This is a rare gem, with popular singer Harry Belafonte singing (in Greek!) the song made famous by movie star Aliki Vougiouklaki. It was written by — who else — Manos Hatzidakis for the film “Madalena.”

6. Nat King Cole – In the Cool of the Day
Nat King Cole sang the title song of this 1963 movie, which starred Peter Finch and Jane Fonda. The composer is, again, Manos Hatzidakis, the original title being “Turn Your Pain into Joy.”

7. Connie Francis – Never on Sunday
The Manos Hatzidakis Oscar-winning music from the charming film of the same title. In the film, “Never on Sunday” was sung in Greek by leading actress Melina Mercouri. This is a version by American singer Connie Francis.

8. Dalida – Darla Dirladada
A traditional fisherman’s song from the island of Kalymnos, this has been performed by several Greek singers, but French chanteuse Dalida made it an international hit.