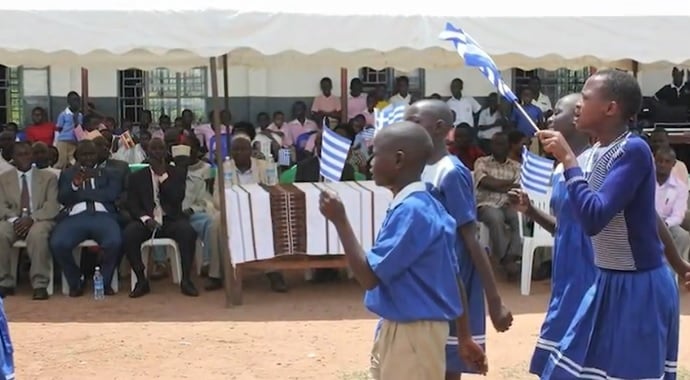 The anniversary of “OXI Day,” the day in October of 1940 when the Greek people refused to bow to the Italian request to conquer the nation, is always a cause of celebration throughout the world where Hellenism has set root.

For an Orthodox priest in faraway Uganda, OXI Day symbolizes the struggle of the weak versus the strong, of justice versus injustice, of democracy versus tyranny. The universal values that are relevant, but not always respected, around the globe.

Father Antonios Mutyaba, together with his wife Charitini, and with the support of the Greek Orthodox Diocese of Kampala, has dedicated his life to creating a better future for hundreds of impoverished children.

Thanks to private donations from Greece, he manages three boarding schools which provide education, medical care, food and shelter to more than 1,200 poor and orphaned children, instilling hope and dignity into their lives. 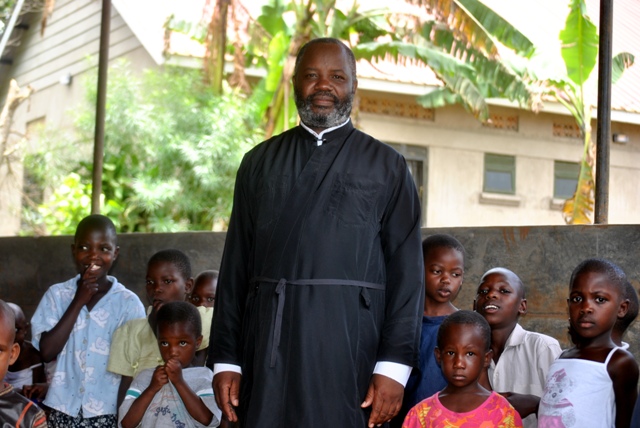 Speaking to the Greek Reporter, Father Antonios says that his schools celebrate OXI Day each and every year. Waving Greek flags, the students march in a parade outside the schools and then gather together at the church in the impoverished region of Luweero, Uganda.

“We celebrate the 28th of October first of all to honor and thank Greece. But also because we want to give the message that man must be free,” Father Antonios declares.

“Children in Uganda learn to always say ‘Yes’ (Nai). I teach them that sometimes they should say ‘No’ (Oxi), as the Greeks told the fascist powers in 1940. People should be convinced why they should say Yes,” the priest explains.

Although Father Antonios was born in Uganda, he lived with a Greek family in 1980 and moved to a small village on the island of Crete.

Mutyaba first studied Agronomy at the University of Athens but his ultimate dream in life was always to become a priest. He finally began his studies at the Seminary of St. Matthew in Chania, where he was ordained a priest with the blessing of His Eminence Amphilochius.

Father Mutyaba had met and married his wife Charitini in Greece by that time. She was also ethnically Ugandan but had been born and raised in Greece.

In 2004, together with their four children, they made the fateful decision to return to Uganda. The family settled in Wakiso, a small city of 50,000 people on the outskirts of Kampala.

When asked about his overall vision for education, Father Antonios declares “One of the most important Greek values is freedom of thought and resistance to oppression. These are the values we want to instill to our students.”

He says that he has also requested that Ugandan authorities designate October 28 as the “Day of Democracy” in the country. “People should be free. They should live in a democracy. Students throughout the country need to learn the value of democratic rule,” he emphasizes.

Related: The Greek Orthodox Church Celebrates a Century of Vital Work in Uganda