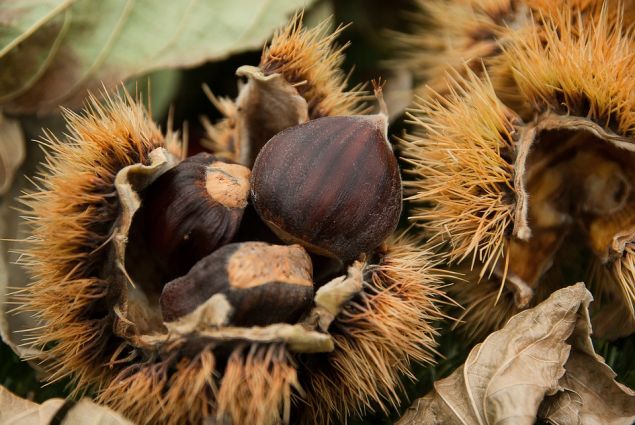 Students from the Thessaly University of Applied Sciences (TEI) and Peloponnese University of Applied Sciences have made gluten-free bread using flour from chestnuts as part of a project to promote foods which are rare on the modern Greek table.
A secondary aim of the project is to expand the production of such foods and kindle interest in this ancient flour which was once used in European baking before the widespread use of wheat-based flour.
Dr. Georgios Zakynthinos, director of the Food Laboratory of Peloponnese TEI, told the Athens-Macedonia News Agency (AMNA) that the project is attempting to develop pilot products using production methods which could restore and revive the cultivation of chestnuts.
As an added benefit, production of the flour could take place in less-privileged areas, which would generate income for local residents.
Dr. Zakynthinos said the project will promote the use of chestnut meal as a substitute for cereal flour in pastries with different or enhanced nutritional characteristics (i.e. gluten-free products). This will also increase the nutrition of the baked goods, due to the high nutritional value of all nuts.
Because of its unique composition, chestnut flour can also enhance the color and aroma of gluten-free bakery products, especially in leavened bread.
Baking “tree-based bread” is already done elsewhere, since chestnut flour in several European countries is already used widely, sometimes due to a shortage of wheat. Nut flours are also used now, for pastries such as tart crusts, in high-end bakeries.
Arboriculture Professor Dr. Alexandros Papachatzis told AMNA that the annual chestnut production in Greece is about 20,000 tons. Of the approximately 350,000 acres of chestnut tree orchards found in Greece, the largest groves are found on Mount Athos, where they cover about 80,000 acres.
Chestnuts are actually classified into two groups, chestnuts and maronia. When the chestnut has more than 2 seeds, and they comprise more than 20 percent of its weight, they are called chestnuts.
When chestnuts have two or more seeds which comprise less than 20 percent of its weight, then they are called maronia. These are less valuable because when there is more than one seed in the fruit, there is more skin in each nut. As a result the chestnuts are not easily peeled for fresh consumption or for industrial use.