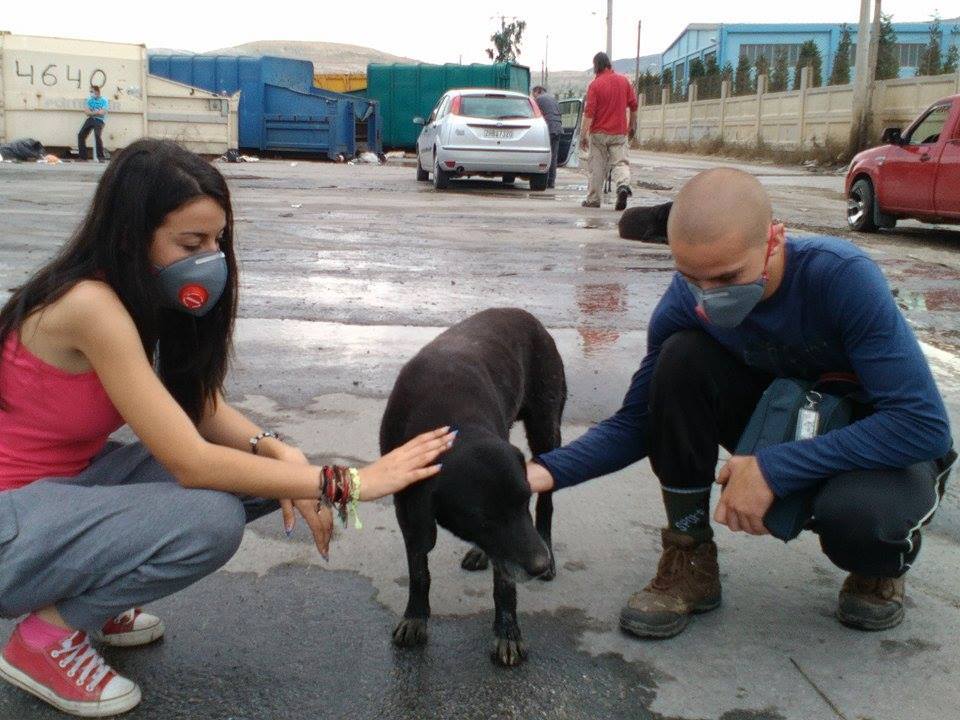 The documentary “Greek Animal Rescue” by Menelaos Karamaggiolis, is a cinematic allegory of what has been happening in Greece in the last seven years; using as examples the stories of stray animals.
The protagonist is Menios, a sick and terribly abused three-legged dog that lived in the industrial “desert” of Aspropyrgos next to a tar lake, which can swallow not only animals but humans as well. Menios has now been adopted by a friendly family in England, and is finally happy.
In this barren industrial land, one will find the “Ghosts of Aspropyrgos”, a group of young volunteers, many of whom work there and watch the miserable conditions in which the area strays live. The volunteers; who have coordinated through Facebook, take care of the stray dogs.
Greek Animal Rescue is a London-based animal welfare organization that has launched a pan-European campaign for ‘Greekies’, the strays from Greece that are so popular for adoption abroad.
Why are the Greekies so popular for adoption? Karamaggiolis explains that they are popular because they act very grateful when adopted and want to return the love they receive, after the horrible conditions they were living in.
The allegorical part is that only hope keeps the strays living; the hope for a new beginning when everything seems to be lost.
“Greek Animal Rescue” is part of a series of social documentaries by Menelaos Karamaggiolis, entitled “Meetings with Notable People”, supported by the Onassis Foundation and Stegi. The theme is everyday heroes who have their own way to manage living in these times of crisis.