GRNews
GreekReporter.comGreeceOn this Day in 1980: The Ship Wreck that Transformed Zakynthos (video)

On this Day in 1980: The Ship Wreck that Transformed Zakynthos (video) 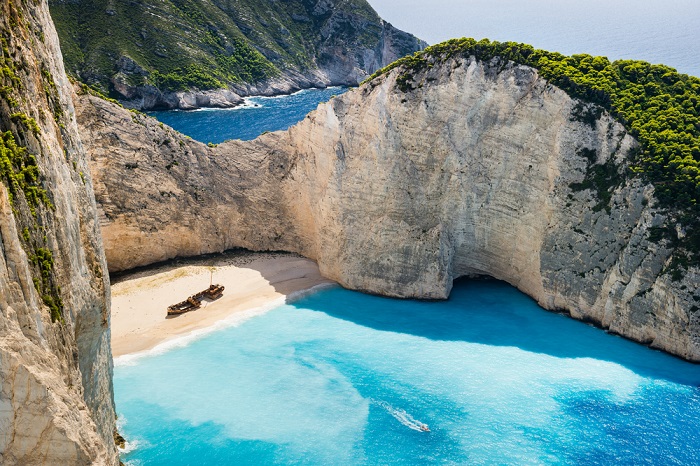 It is perhaps the most photographed ship wreck in the world. Lying on a sandy beach in the north-western coast of Zakynthos since October 1980, the “Panagiotis” wreck is visited by millions of tourists and has become the symbol of Zakynthos.
It has been rumoured the ship was smuggling contraband such as cigarettes and alcohol when it ran aground, on what was originally known as Agios Georgios beach, during stormy weather and bad visibility.
The ship was abandoned, some of the crew, mostly Greek sailors and the captain were arrested, but later cleared by the court for smuggling. 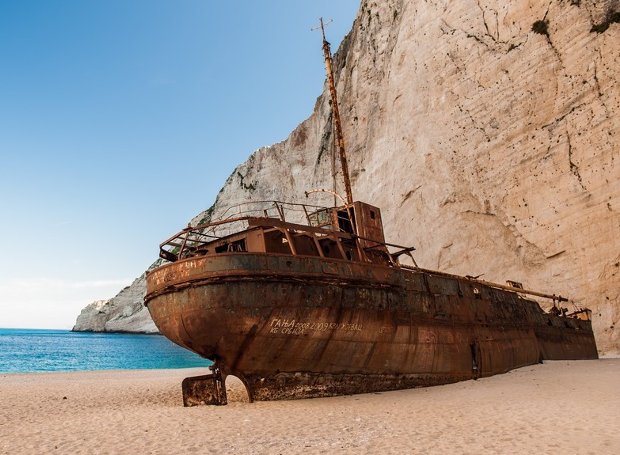 Rumour has it that locals stripped the cargo of contraband cigarettes and alcohol. It is said that the island did not import cigarettes for months after the accident.
Initially people of Zakynthos were concerned that the wreck could damage the image of the island and deter tourism. How ironic that the Navagio Beach or Shipwreck Beach became the most popular tourist destination in Zakynthos.
Recently, the captain of the ship, Kefalonia-born Charalambos Kompothekras–Kotsoros, released his account of what happened. He insists that there was no illegal activity. 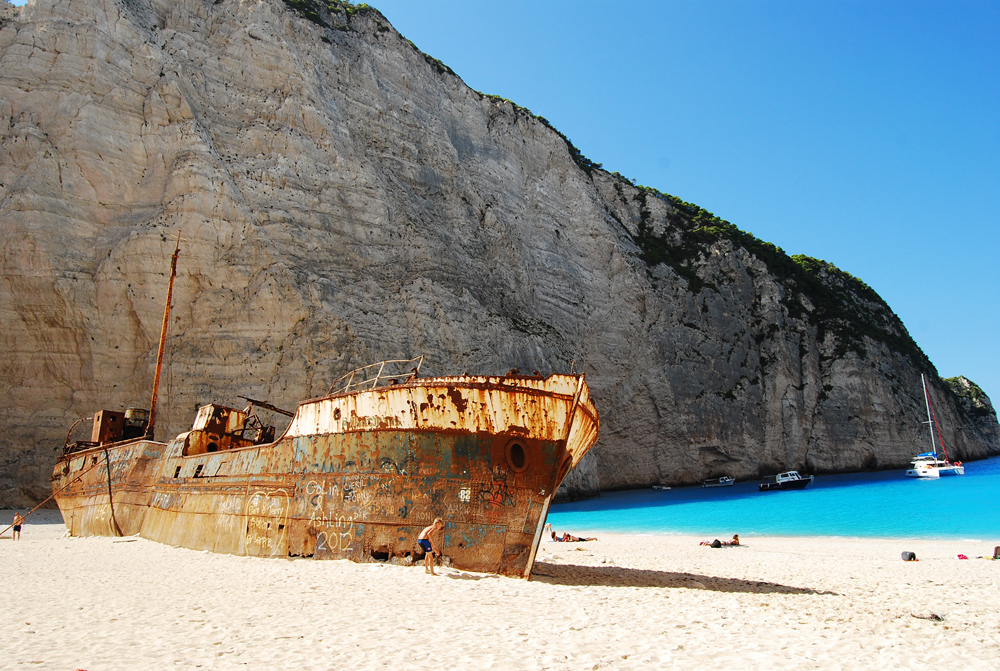 According to his recollection the ship ran aground returning from Albania to Greece during the evening hours of October 2, 1980, due to bad weather conditions and mechanical failure.
“I reported the accident to the authorities, but due to the fact that the beach was not accessible on foot by land, we were not able to protect the ship from thieves and other dangers. As a result, part of the shipment was stolen along with various vessel equipment (radar, VHF radio, etc).
“I went back to the authorities to report that my property was stolen and the General Prosecutor of the area, in my presence, organized a formal on-site investigation with the local police.
“The outcome was outstanding as during the first days of the operation, all stolen items, as well as the stolen part of the shipment, were found in local villages nearby, and 29 persons in total were persecuted and jailed during the following months after the trials were completed.”
After being cleared from all accusations by the court, he was later asked by the authorities to remove the vessel by his own means. When he visited the site to see how he could execute the manoeuvre, he was so astonished by the beauty of the rusting carcass that he decided to leave it as is.
The Navagio Beach or Shipwreck Beach was born.