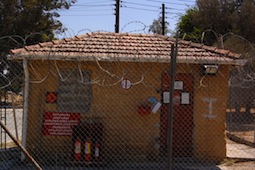 “The Island We Share,” is the title of the documentary by Danae Stylianou, where three Greek Cypriots and three Turkish Cypriots live in the same house for five days, traveling along the north and south part  of the border line which separates their homeland in two parts .
The six young people discuss different versions of history, share stories and experiences of the past and together they think about the future.
The documentary lasts 100 minutes and is an idea by ​​Danae Stylianou.  During the documentary, viewers can hear music by Cypriot artists from both communities of the island.
The newspaper the “Liberal” notes that the film raises questions such as the role of Turkey in Cyprus and its impact on each community separately, how the Greeks see the occupation and the lack of security on their island, how the Turkish Cypriots face the oppression from Turkey and the isolation from the world, the colonization, the poison of nationalism and how this separates the people, the diversity of the two religions and the importance of history which has been taught  differently in the two communities .
The director in her statements to the newspaper, notes that the documentary is essentially a journey of emotions: “This fly-on-the-wall movie without a script, stars six young Cypriots whom none have acting experience. The camera follows them and records their life, conversations and different emotions from their first acquaintance, until the last day of their journey, while they are crossing their divided homeland, “says Danae Stylianou.