A striking image at Athens’ Syntagma Square apparently taken during the late morning in the summer of 1926 has recently resurfaced in glorious color.

The photograph, which has been retouched to add color by Greek artist Christos Kaplanis, was apparently taken at a time when Greece was still reeling from the Asia Minor disaster of 1922.

Social media users are commenting on two main things which stand out in the photograph like sore thumbs to modern onlookers, the first being that the dress code at the time was so much more formal and elegant.

Almost all the men seated in Syntagma Square drinking their coffee are wearing beautifully-tailored suits. Secondly, it’s hard not to notice that there are only a few women among the hundreds of men.

Clearly, it was a time well before the onset of women’s liberation in Greece. In any event, It is a beautiful photograph of a lost time in Athens, a time when life was was a great deal slower—and much more elegant.

It was a time when Athens, together with other Greek cities, was trying to cope socially and economically with an enormous influx of refugees from Smyrna, Pontus, and elsewhere in the Greek world.

The 1923 population exchange between Greece and Turkey signed at Lausanne, Switzerland on January 30, 1923 involved at least 1.6 million people, namely 1,221,489 Greek Orthodox from Asia Minor, Eastern Thrace, the Pontic Alps and the Caucasus, and 355,000 to 400,000 Muslims from Greece.

Despite the influx of refugees and the political and social instability, gastronomy and entertainment, which had already begun to evolve earlier, managed to blossom further during the mid 1920s.

The integration of Pontic and Constantinople refugees brought along novel ideas in regards to gastronomy, entertainment, and the social liberation of women. However, numerous new technological discoveries that changed the everyday life of Greeks were also introduced to society. These included such concepts as electricity and home appliances as well as the telephone, car, and movie theater amongst others. These novelties in Greek society raised the standard of living in the country and influenced lifestyle, habits, and customs of modern Greece.

The history of Syntagma Square is literally the modern history of the city itself and the central point for visitors in the Greek capital.

Syntagma Square—and three quarters of a mile to the north—Omonoia Square, are completely intertwined with the history of the city and Greece in general, from the King Otto reign (1832-1862) until today.

Syntagma (Constitution) has always been the promenade square of the city and was the gathering point for the cream of Athenian society in the late 19th and early 20th century. 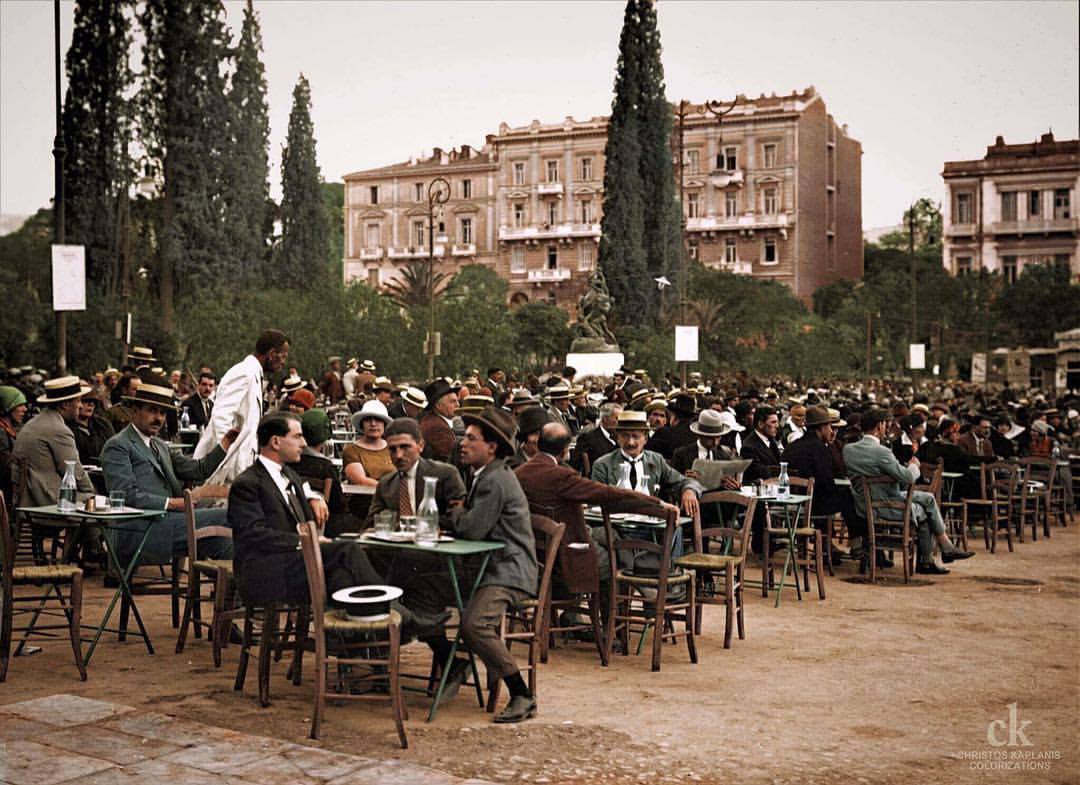