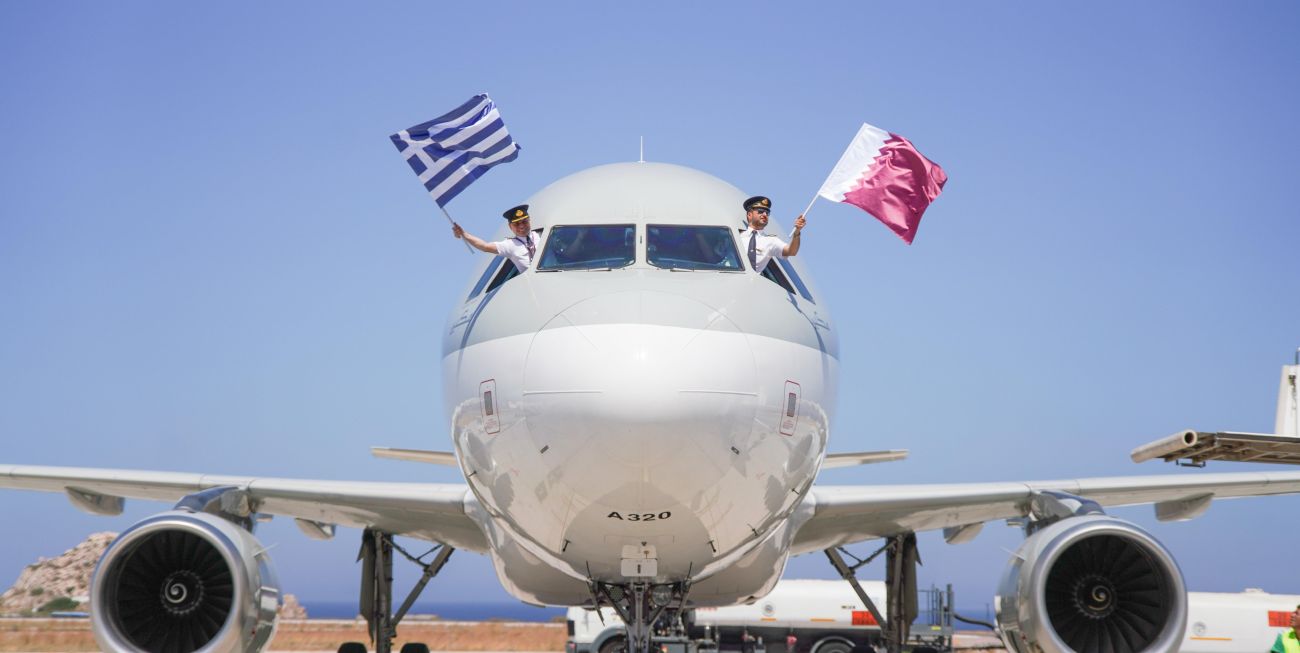 The first flight to Santorini was held on Tuesday and marks the Qatari national carrier’s third destination in Greece after Athens and Mykonos.

Qatar Airways’ four weekly flights to Mykonos began on June 3rd while its flights to Athens were doubled to two flights daily.

The first flight from Doha to Santorini was operated by an A320 aircraft featuring twelve seats in Business Class and 132 seats in Economy Class and was welcomed by senior executives from Fraport Greece at the island’s international airport.

“We feel honored that Qatar Airways has included Santorini in its network and [is] expanding its presence at the Fraport Greece-operated airports,” Fraport Greece CEO Alexander Zinell said.

“The Greek isles are a leading tourist destination and an important market for Qatar Airways…[and] there is high interest from across our network for flights to Santorini, specifically in the leisure segment,” Qatar Airways Group Chief Executive Akbar Al Baker said.

“We are committed to offering our passengers as many seamless one-stop connection choices as possible. I am sure visitors from the Middle East, Asia, Australia, and the Americas will be pleased to have Santorini served by our airline,” he added.

Passengers flying to and from Santorini will benefit from Qatar Airways’ generous baggage allowances which provide for up to 35kg in Economy class and 40kg with an additional two pieces of hand luggage in Business Class.