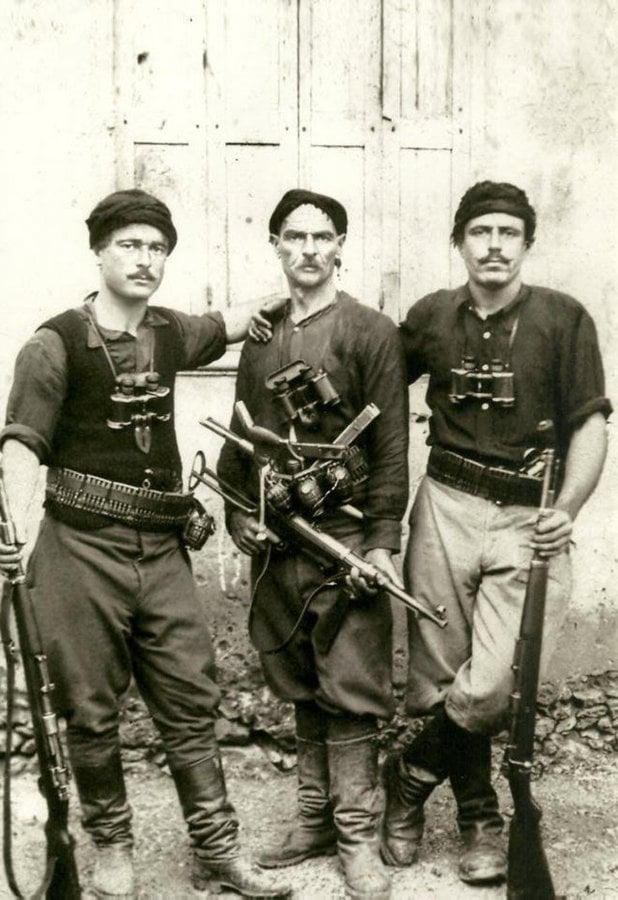 This photograph of three resistance fighters in Crete posing with German rifles, hand-grenades, and binoculars has been making the rounds of Greek social media for years.
The photograph was taken in the village of Anidri near Chania.

According to the files kept by historian Antonis Erzakis, the three fighters are (left to right) Ioannis Vardoulakis, Ioannis Kontekakis and Manolis Vardoulakis.

Over the years, the three men have come to personify the courage and heroic determination of the Cretans who fought against the German invaders in 1941.

There is, however, another more subtle reason for the popularity and perpetual interest in the photo.

The fighter on the left, Ioannis Vardoulakis, has been likened to Hollywood star Brad Pitt. Many social media commentators say that the similarity is obvious. One pointedly says that it must be a case of time travel. 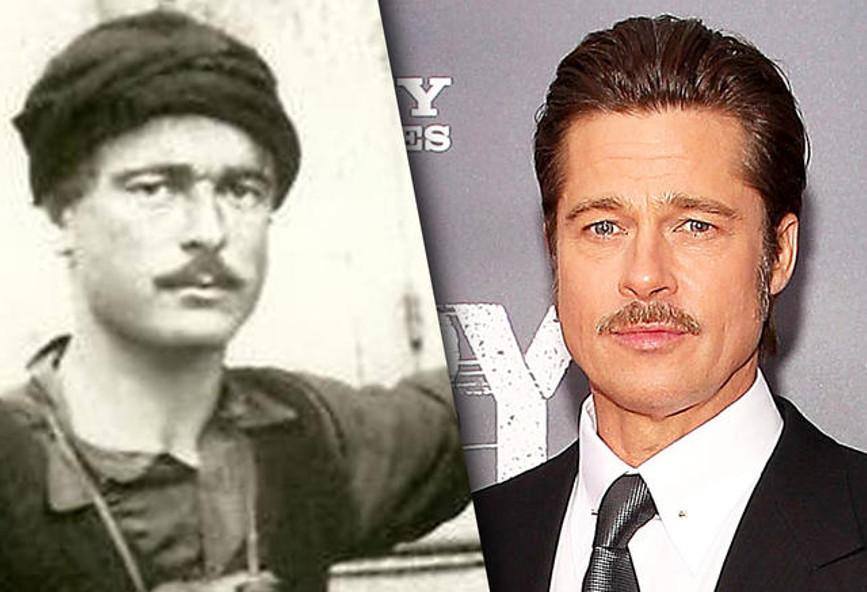 The people of Crete who fought during the Battle of Crete and maintained their resistance against the Axis powers long after the Allied forces retreated from the island, wrote another chapter of bravery in Greek history.

The resistance movement in Crete

The people of Crete, who only four decades earlier had fought for and won their independence after 250 years of Ottoman occupation, came out of their homes and challenged Hitler’s forces using whatever weaponry they had. It was the first time the Germans had encountered significant opposition from a local population.

The resistance lasted from May 20, 1941, when the German Wehrmacht invaded the island in the Battle of Crete, until the spring of 1945 when they surrendered to the British.

The Cretan resistance movement was formed very soon after the Battle of Crete with an initial planning meeting on May 31, 1941.

It brought together a number of different groups and leaders and was initially termed the PMK (Πατριωτικó Μέτωπο Κρήτης – Patriotic Front of Crete) but later changed its name to EAM (Εθνικó Απελευθερωτικó Μέτωπο – National Liberation Front) like the principal communist-led resistance movement on the mainland.

The primary objective of the movement, on the one hand, was to support the Cretan people under occupation by boosting morale, providing information, and distributing food at a time of great deprivation (due to confiscations by the Germans and Italians); on the other hand, certain operations against the Germans were also to be undertaken, including a number of sabotage operations.

Leigh Fermor, British author and soldier who played a prominent role behind the lines in the Cretan resistance, has said of the Cretan resistance that if it had not been for their resolve, the Battle of Crete would have been over more quickly and the SOE’s operations greatly curtailed.

It was solely due to their cohesiveness, not found elsewhere in Europe, that the SOE was able to move about the island essentially at will.

Fermor became renowned after the war in the British book and film, Ill Met by Moonlight, for his abduction of German General Kreipe from Crete.