Greek organizations are urging Greek Americans to join a demonstration organized by the U.S. Armenian Council for Human Rights to commemorate the Greek Genocide on Wednesday, May 19 in Los Angeles.

The event will take place outside the Turkish Consulate in Beverly Hills, from 11:00 AM to 1:00 PM. 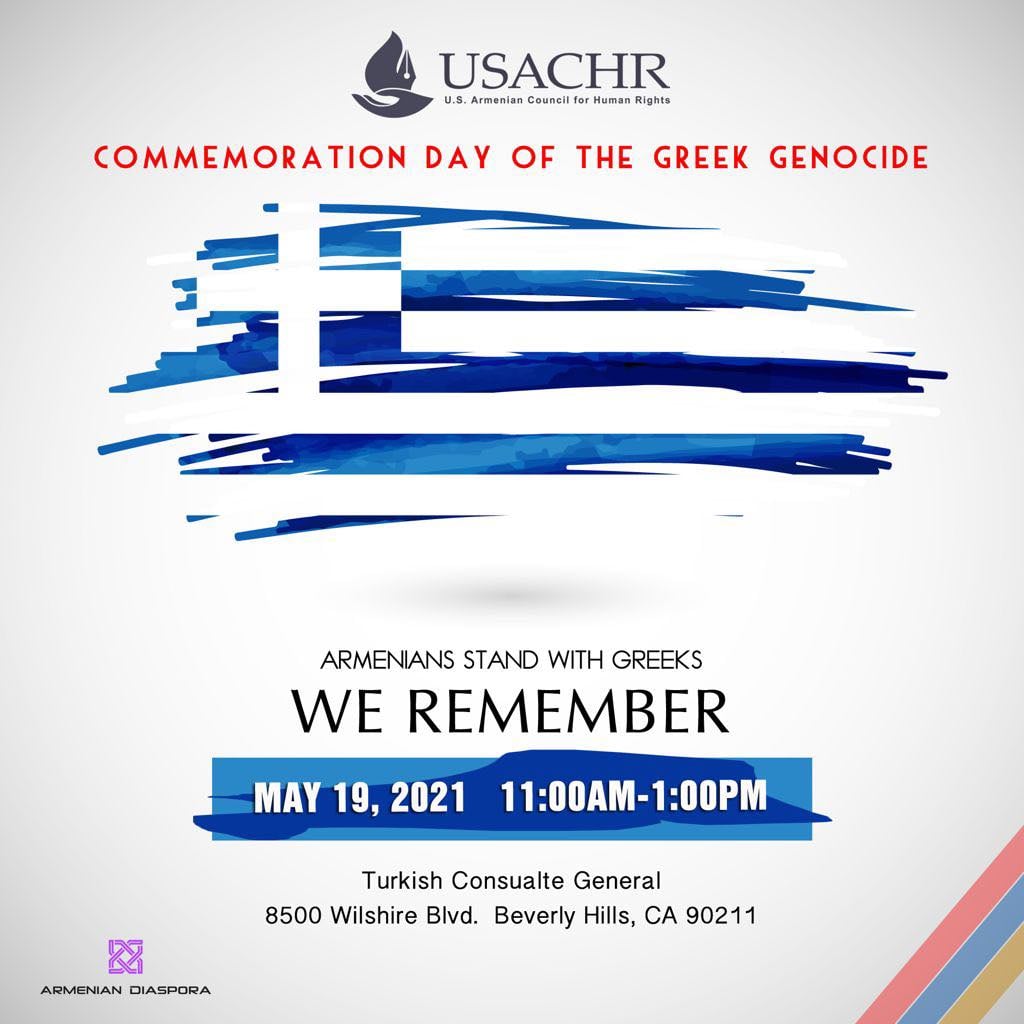 The genocide of Armenian people, committed by Turkey in 1915, was officially recognized by Biden in April in an official declaration. This has now ended a consistent policy of non-recognition that has long guided Biden’s predecessors — except for Ronald Reagan.

However, he hurriedly recanted his declaration that Turkey had committed genocide after an outcry from Turkey, and the word “genocide” ever after that time was never linked to the atrocity by an American president — until Biden.

“Each year on this day, we remember the lives of all those who died in the Ottoman-era Armenian genocide and recommit ourselves to preventing such an atrocity from ever again occurring,” the American President said.

“Beginning on April 24, 1915, with the arrest of Armenian intellectuals and community leaders in Constantinople by Ottoman authorities, one and a half million Armenians were deported, massacred, or marched to their deaths in a campaign of extermination.

“We honor the victims of the Meds Yeghern so that the horrors of what happened are never lost to history. And we remember so that we remain ever-vigilant against the corrosive influence of hate in all its forms,” Biden said.

The recognition of the Armenian genocide by the USA led to an angry reaction by Turkey,  with President Recep Tayyip Erdogan accusing “third parties” of interfering in Turkey’s affairs.

“Nobody benefits from the debates – which should be held by historians – being politicized by third parties and becoming an instrument of interference in our country,” Erdoğan said in a message to the Armenian patriarch in Istanbul.

The Greek genocide, including the Pontic genocide, was the systematic killing of the Christian Ottoman Greek population of Anatolia which was carried out during World War I and its aftermath (1914–1922) on the basis of their religion and ethnicity.

Instigated by the government of the Ottoman Empire and the Turkish national movement against the indigenous Greek population of the Empire, it included massacres, forced conversion to Islam, forced deportations involving death marches, expulsions, summary execution, and the destruction of Eastern Orthodox cultural, historical, and religious monuments.

Several hundred thousand Ottoman Greeks died during this period. Most of the refugees and survivors fled to Greece (adding over a quarter to the prior population of Greece). Some, especially those in Eastern provinces, took refuge in the neighboring Russian Empire.

Reunify the Marbles! Pressure Piles Up on Acropolis Museum Anniversary