An earthquake measuring 5 on the Richter scale hit south of the Greek island of Lesvos on Monday morning.

According to the National Observatory of Athens, the quake struck at 7:46 AM local time. The epicenter was 46 kilometers (28.5 miles) southwest of Lesvos’ capital, Mytilini.

So far, there have been no reports of damage.

The focal depth was 15 kilometers into the earth. Two aftershocks measuring 4.5 and 4.8 on the Richter scale were recorded later on. 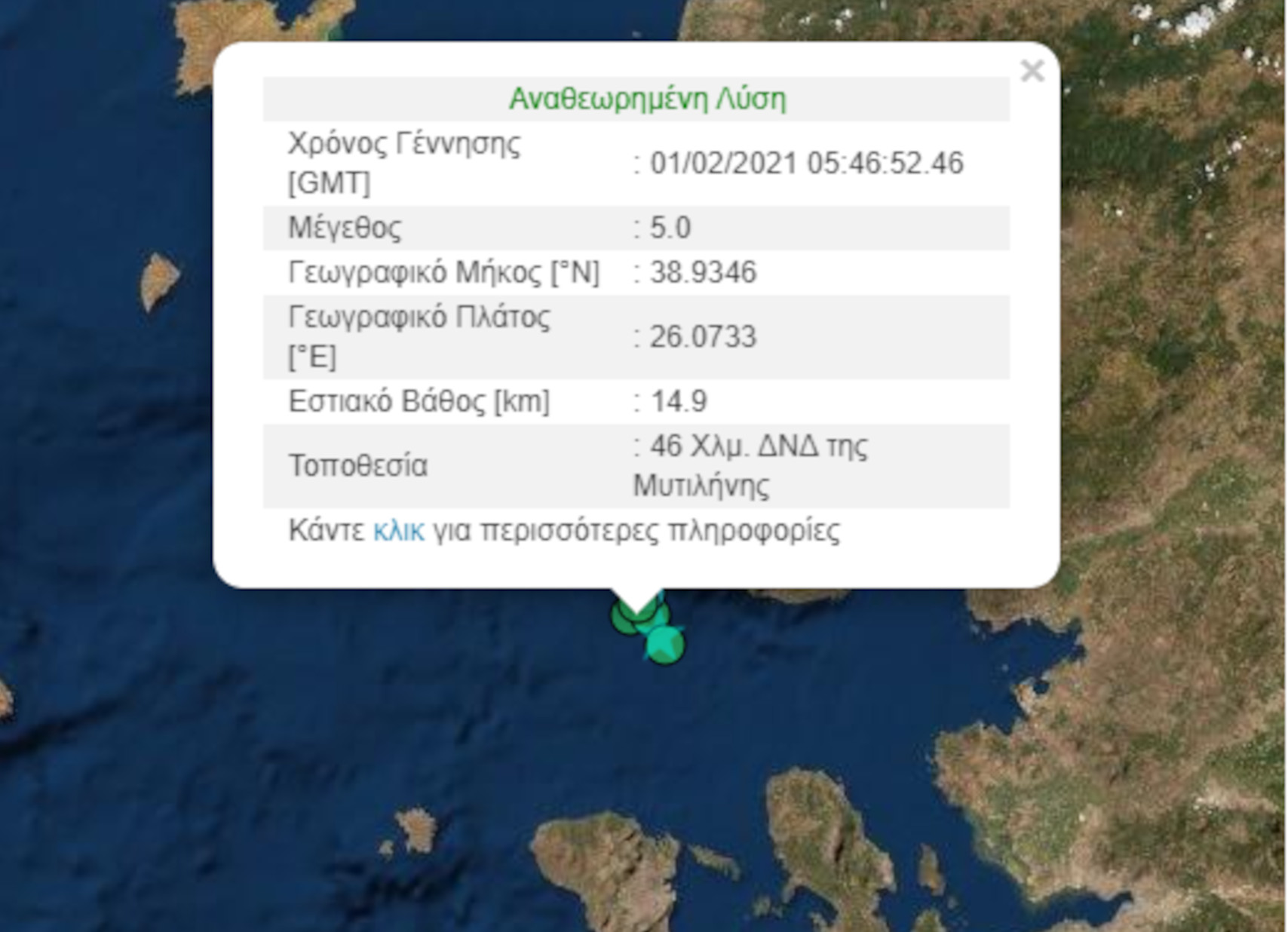 The tremor was felt in Lesvos, Chios, and along the Turkish coast. The seabed was hit by a series of smaller quakes before the main temblor.

Geology professor Efthymios Lekkas said that the tremor was probably a continuation of the seismic activity which produced a powerful earthquake in 2017.

Speaking to MEGA TV, Lekkas argued that Monday’s quake was probably the strongest we should expect, but we will have to wait a few days to be able to say this with confidence.

Several buildings were damaged but the village of Vrisa was the worst hit, with 10 people taken to hospital.

Greece, and the neighboring nation of Turkey, sit on significant fault lines and earthquakes are common.

In October 2020, two high school students were killed during the powerful earthquake, measuring 7.0 on the Richter scale, which struck the Greek island of Samos.

The destructive earthquake caused a series of mini-tsunamis on the island, with residents capturing scenes of flooded roads and villages.

In the Turkish city Izmir, which was heavily affected by the earthquake, dozens of buildings were either damaged or completely collapsed. Emergency services in both countries immediately attended the scene, as rescue efforts continued into the night.

117 people are known to have died in Turkey’s İzmir Province, with 1,034 more injured.