GRNews
GreekReporter.comDiasporaGreek Independence Memorial to be Placed in Chicago Park

Greek Independence Memorial to be Placed in Chicago Park

A Greek Independence memorial will soon be added to a park in Aurora, Illinois after city officials gave the green light for the American Philhellene Society (APS) to place it there during the bicentennial year of the Greek War of Independence.

Wilder Park, located on the West Side of Aurora, will be the site of the memorial, which will be paid for by the Society. The APS is a nonprofit organization whose stated aim is to identify the Americans who, under the leadership of President James Monroe, supported and/or fought for the independence of Greece during the years 1810-1840.

This year, which is the bicentennial of the declaration of Greece’s war against the Ottoman Empire, was seen as the perfect opportunity to commemorate those who fought in the war as well as all those who gave their lives in the effort to gain their freedom from their Ottoman overlords.

The society stated that it will be responsible for the purchasing, construction, installation and maintenance of the memorial, which is expected to cost $100,000.

Wilder Park, which is located between Lake and River Streets on Aurora’s near West Side. The APS expects that the memorial, which also celebrates the close ties between Greece and the United States, will be erected in the Spring of 2021. 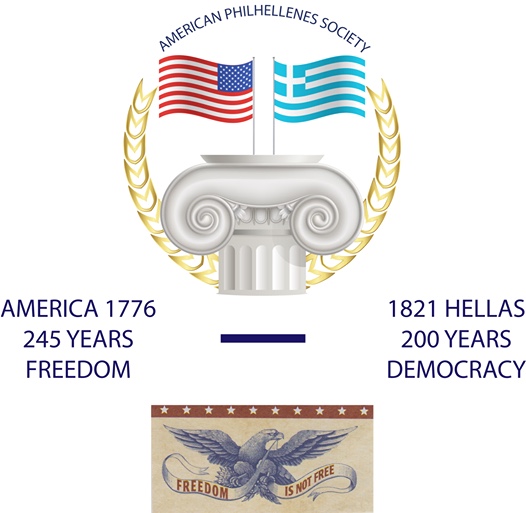 The Society also hopes that its presence will serve as a teaching tool to highlight the sacrifices made by Americans toward the independence of the Greek state.

In an exciting twist, the same city officials who approved the memorial also stated that its presence could be the focus of an annual celebration of Greek culture in the park.

The American Philhellenic Society chose the location due to the new promenade project constructed there, its central location and the commitment made to renovate the park.

The Greek War of Independence memorial will be located near the southwest corner of Wilder Park, near the corner of North Lake Street and Vine Street. The Society expects the memorial to be delivered on site no later than Feb. 28, and the installation is expected to be complete by the middle of March.

This timeline would also allow the city enough time to create new sidewalks, put down pavers at the base of the monument and create new landscaping, according to city officials.