Migrant Crossings into Greece Fall by 76 Percent in 2020

Migrant crossings into Greece fell by 76% in 2020 compared to 2019, according to the latest data from Frontex, the European Border and Coast Guard Agency.
Overall in 2020, 19,681 migrants crossed from Turkey into the Greek Aegean islands and the land border through Evros.
Frontex says that the number of detections of illegal border crossings along the EU’s external borders fell 13% last year to around 124,000. This was the lowest number of illegal border crossings since 2013.
The drop, according to Frontex, is in large part due to the impact of COVID-19 restrictions put in place by various countries. 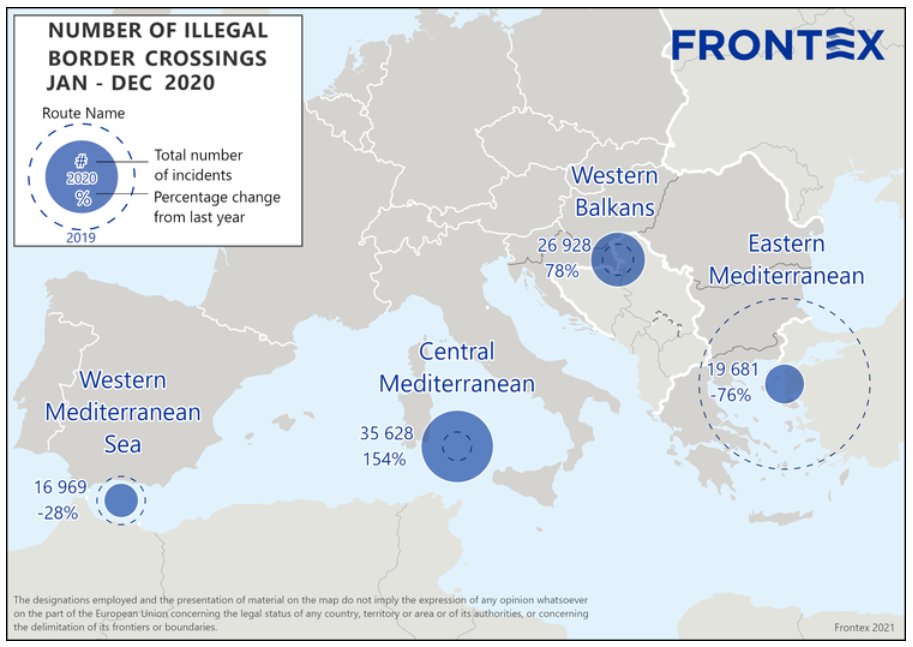 Syrians remained the most frequently reported nationality in 2020, followed by Moroccans, Tunisians and Algerians.
Despite a rise early in the year, the Eastern Mediterranean migratory route ultimately saw the biggest fall in the number of arrivals, which fell by over three-quarters to around 20,000.
The number of illegal border crossings in the Western Mediterranean region decreased by 29% to around 17,000.
The available data also indicates that male migrants accounted for a much larger share of the total number of irregular migrants arriving in Europe, with women making up fewer than one in ten detections. A year ago, women accounted for one of every four.
The share of children detected last year also fell. In 2020, roughly one of every 10 migrants was younger than 18 years old compared to 23% in 2019.

The Greek word "kosmetika" is the root of the English word ‘cosmetics.’ The word also meant any product that protected the hair and face.
Read more
Diaspora