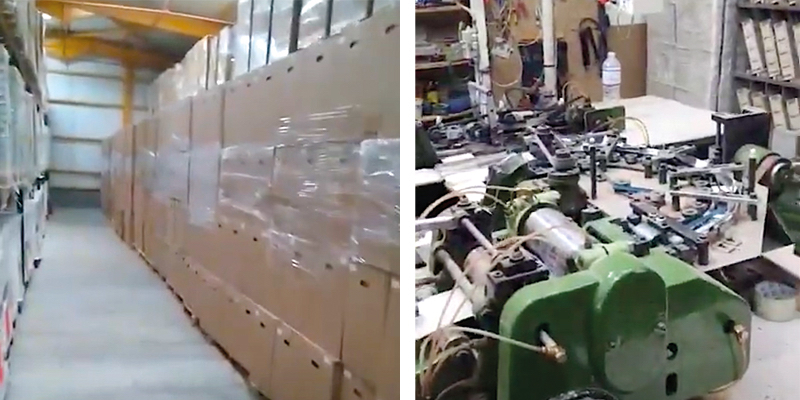 Greek police dismantled a huge contraband cigarette ring with 22 operating premises and confiscated tons of tobacco products in Attica.
After months of investigating the criminal organization, police raided various points across Attica on Thursday and found two factories manufacturing cigarettes and tobacco products,  a fully equipped printing press for labels, warehouses, truck parking lots, as well as dozens of trucks, vans, trailers, and other vehicles and machinery.
One of the factories was in Aspropyrgos, where the cigarettes were made and the second in Markopoulo, for the manufacturing of other tobacco products. The group used fictitious wholesale companies as a front for the lease of the premises and was using forged transport documents.
A total of 39 people were arrested, while eight more were identified as members of the criminal organization. A 36-year-old expatriate from Russia among them is said to be the leader of the organization.
It is ascertained that the criminal ring had been active since 2016, with the missing duties and taxes being estimated at at least 19,500,000 euros.