GRNews
GreekReporter.comGreek NewsDiplomacyGreek-American Leaders Call on the US to Halt Turkish Aggression

Greek-American Leaders Call on the US to Halt Turkish Aggression

Five prominent Greek Americans have published a sponsored editorial in the New York Times asking the US administration to stop Turkey from escalating tensions in the Eastern Mediterranean.

They also request that Washington endorse Greece’s position in favor of adherence to international law and peaceful negotiations, “while abstaining from threats of violence, military activity and belligerent rhetoric.”

“Turkey and Greece can and must live together. Their peoples deserve a peaceful future of economic and cultural exchanges and cooperation as citizens of modern western democracies,” the authors say. “That, after all, will be the benefit of their neighbors and the wider region,” they add.

The op-ed, which was published in the newspaper’s Tuesday edition under the title “Turkey and Greece can and must live together,” is signed by John A. Catsimatidis, Andrew Liveris, Dennis Mehiel, Michael Psaros and George P. Stamas. 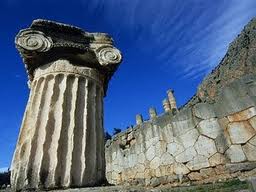 The authors mention a number of Turkish moves to demonstrate that Ankara has become a “destabilizing factor” in the broader area including the conversion of Hagia Sophia into a mosque, unlawful activity in the Aegean and the Eastern Mediterranean, the partial reopening of Varosha in Turkish-occupied Cyprus, and military involvement in Syria, Libya, Iraq and Nagorno-Karabakh.

“Turkey’s aggressive behavior negatively affects and undermines the positive relations and cross-border exchanges between the neighborly peoples of Turkey and Greece, which have enormous potential,” they say.