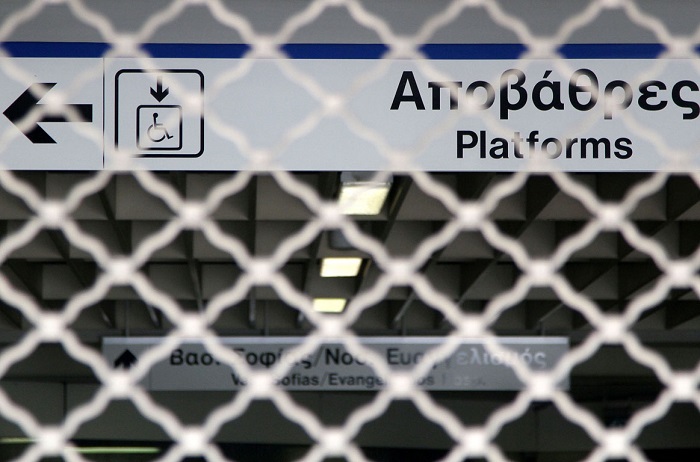 Metro services in Athens will be affected on Thursday, due to the participation of workers in the 24-hour strike, which has been announced by trade unions.
ADEDY, the public service union, is also carrying out a nationwide strike, demanding, among other things, substantial measures to protect the health of workers during the Covid-19 pandemic, mass recruitments in the field of health and public transport, while school teachers (OLME) strihe as well.
It is noted that the workers at the Tram decided to go on strike, from 6 pm until the end of the shift, and not on a 24-hour strike, as originally announced.
Normally buses will run and trolls throughout the day as the road associations do not participate in the mobilization, while only individual workers are expected to strike.
The Athens Metro Workers’ Union said in a statement: “We are not prepared to accept this pandemic as a” tool “to pass anti-labor bills and level decades of rights and achievements.”
It also points out that it is now clear that the government’s proposals for the abolition of the unpaid overtime after 8 hours, additional restrictions on strikes, weakening of the rights for labor disputes, reductions of workers’ benefits through the unemployment office.
Ships will remain moored in the ports, as the seafarers’ unions go on strike, namely the Panhellenic Union of Merchant Marine Engineers and the Panhellenic Union of Merchant Marine Engine Crews.
A two-hour work stoppage, from 11:00 to 13:00, has been announced by the journalists’ and mass media unions.