GRNews
GreekReporter.comSportsBasketballGiannis Antetokounmpo Distributes Food to the Needy in Athens

Giannis Antetokounmpo Distributes Food to the Needy in Athens 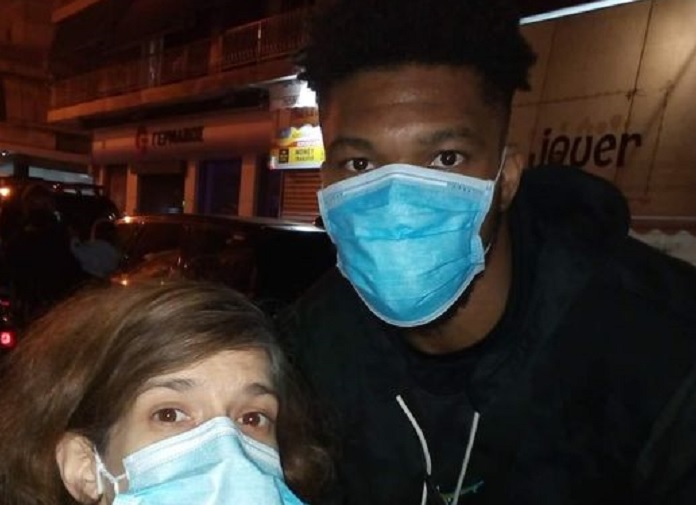 Giannis Antetokounmpo, who is currently training in Greece, donated and distributed boxes of food for people in need at the church of Agios Meletios in Sepolia, the neighborhood where he grew up, on Monday.
What makes his actions so special, however, is that he showed his humanity without inviting any cameras and photographers to record them.
He had done the same after the floods in Karditsa, central Greece, earlier in the year, when he and his brothers sent basic necessities to those affected by the floods.
A local volunteer, Alexia Koziona, uploaded a photo with him on Facebook.
“A while ago, Giannis distributed boxes of food in the church of Agios Meletios. Unbelievable amounts and without inviting cameras. A real HUMAN BEING,” Koziona said. 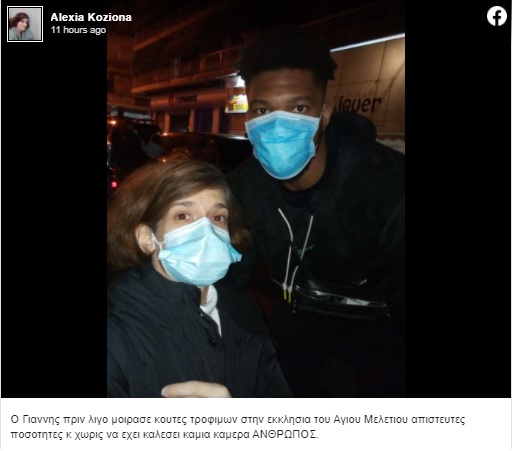