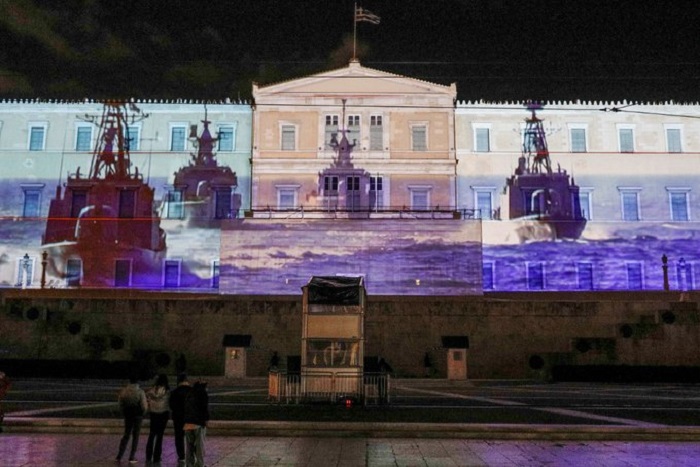 Greece marked Armed Forces Day on Saturday with a spectacular video projected onto the Hellenic Parliament facade highlighting the history and struggles for the protection of the homeland since ancient times.
The video brought back to life special moments and events in Greek history that highlight the great contribution of the Greek armed forces to the development of the nation.

Earlier on Saturday, President Katerina Sakellaropoulou laid a wreath at the monument of the Unknown Soldier, at the parliament’s forecourt, before receiving the Heads of Greece’s Armed Forces at the Presidential mansion.
Greek Armed Forces Day 2020 “finds the country facing increased aggression by Turkey,” said the President and expressed her concern for “the men and women of the country’s armed forces, who are on stand-by for months without even the slightest pause for a meeting with loved ones and family, exhibiting self-denial and exemplary patriotic ethos.”
“I would like to thank them all, on behalf of all Greeks, and want to assure them that we are always standing by them, not only in thoughts, but also in practice,” said the President.