Archbishop of All Greece Ieronymos Hospitalized with Covid-19 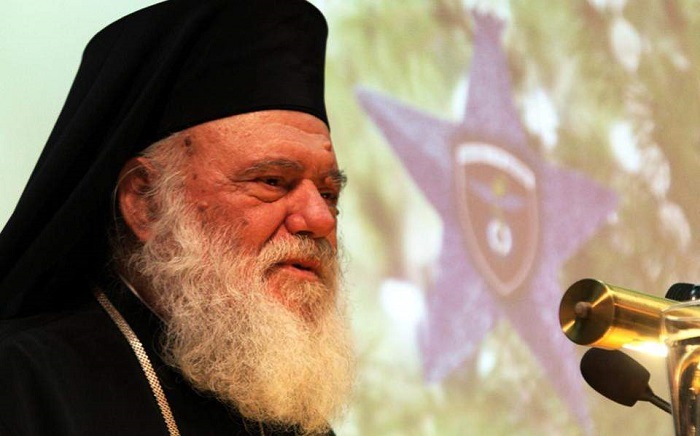 Archbishop of Athens and All Greece Ieronymos was hospitalized on Thursday morning after testing positive for the coronavirus.
The 82-year-old head of the Greek Church, who is believed to be suffering from only mild symptoms at present, is receiving treatment at Evangelismos hospital in central Athens. He was diagnosed as positive for the coronavirus on Monday.
“I personally participate as a shepherd in the ordeal that affects thousands of our brothers in our country and millions throughout the universe. I share the agony, pain and fear of all, but with our Faith in God we will all overcome,” the Archbishop stressed to his close associates shortly before he was hospitalized.
He also emphasized the sacred obligation of all to respect the rules and measures of health authorities to “protect the supreme value of human health and life.”
Opening his briefing to the press on Thursday with remarks on the Archbishop, government spokesperson Stelios Petsas said “The government sends its best wishes for the speedy recovery of Archbishop of Athens and All Greece Ieronymos.
“As you know, Prime Minister Kyriakos Mitsotakis met with the Archbishop on Saturday, November 14. Both the Archbishop and the Prime Minister had undergone COVID-19 tests, which were negative before their meeting.
“The prime minister took another test, which was also negative, before departing for the United Arab Emirates on Tuesday. The checking is constant, he is following all the health protocols and, with all the above, the experts’ recommendation was that there was no reason that he should be placed in quarantine.”