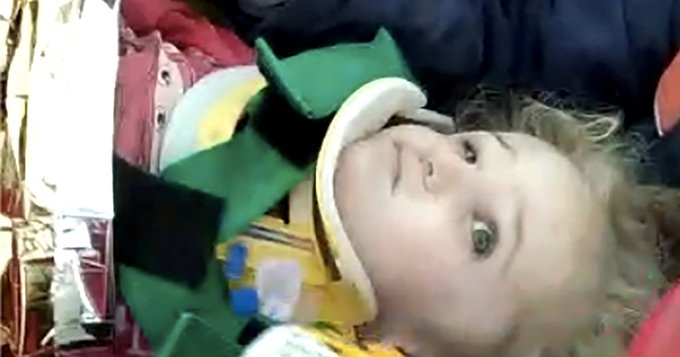 Elif Perincek was pulled from debris nearly 65 hours after the quake in the Bayrakli district of western Izmir province.

Moment a 14-year-old girl is rescued from rubble 58 hours after a magnitude 6.6 earthquake shook the city of Izmir on Turkey’s Aegean Sea coast. pic.twitter.com/Oje6VxCByH

Rescue workers continue to search for survivors under the wreckage of eight buildings in the city of Izmir, in western Turkey.

Health Minister Fahrettin Koca said Sunday there was “no clear number on how many people are still under the rubble. Hard to give a number. There is an estimation, but I cannot share.”

Turkish President Recep Tayyip Erdogan said Saturday that 103 people had been rescued from the debris so far.

A total of 20 buildings were seriously damaged in Izmir by the tremor, according to Izmir mayor Tunc Soyer, the majority of them in the middle-class Bayrakli district.

At least 940 people were injured in Turkey, 218 of whom are still being treated at hospitals, the country’s disaster agency said Sunday.

More than 900 aftershocks have been registered since the initial quake, 42 of them with a magnitude over 4.0, according to the agency.