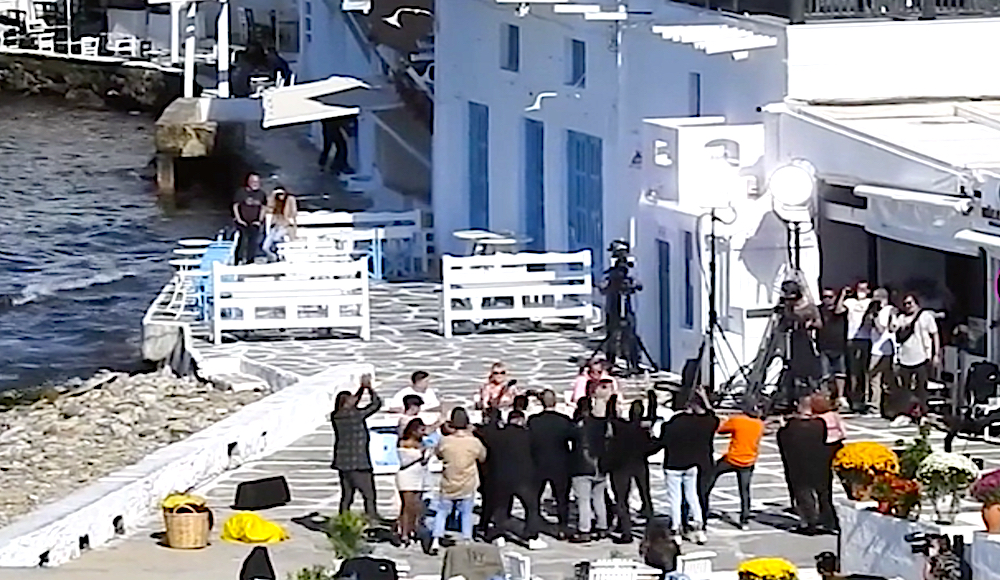 The German reality show Deutschland sucht den Superstar, part of the “Idol” television franchise, was spotted filming an episode on the Greek island of Mykonos on Friday.
Using the island’s iconic “Little Venice” area as an outdoor studio, contestants were seen dancing and singing before the judges’ panel in Mykonos.
The beautiful scenery of the island, world-famous as a destination for sophisticated and international travelers, served as the perfect backdrop for the show’s 18th season, which is followed by millions of viewers in Germany.
The contestants, crew, and judges were all tested for Covid-19 before arriving on the stunning Cycladic island, and are tested on a daily basis. Additionally, the crew wears masks at all times while at work.
Filming will take place at various locations around the island, highlighting the unique qualities of Mykonos, until the end of October.