GRNews
GreekReporter.comGreek NewsCyprusErdogan Plans to Have Picnic in the Occupied Cypriot Town of Varosha 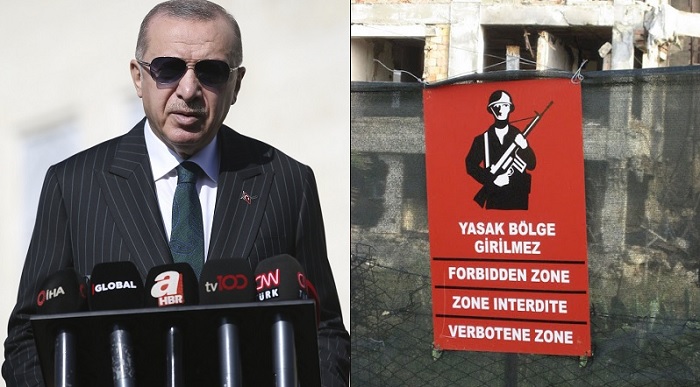 Turkish President Recep Tayyip Erdogan said on Monday that he would visit occupied northern Cyprus on Nov. 15 and expressed the wish to have a picnic in Varosha.
“I believe it would be beneficial to have a picnic there all together,” he was quoted by Reuters as saying. “We are watching from our screens here, but we want to experience it in person. God willing, we will do that too.”
Earlier this month, the occupation authorities partially reopened the beach town of Varosha, a fenced-off resort area abandoned and serving as a no-man’s land since 1974, a move criticized by the United States, the European Union, Russia, Greece and Cyprus.
Speaking at a news conference with the newly-elected Turkish Cypriot leader Ersin Tatar in Ankara, Erdogan also said that it was time for a realistic proposal about a two-state solution on Cyprus.
“It must be understood that no result can be achieved under the current parameters following a negotiation process that has lasted more than half a century,” Erdogan said.
“At this stage, we believe starting talks on the basis of a federation will be a loss of time. Therefore, we believe a two-state solution must now be brought to the table with a realistic proposal.”