Woman Hangs on For Dear Life as Floods Sweep Through Crete 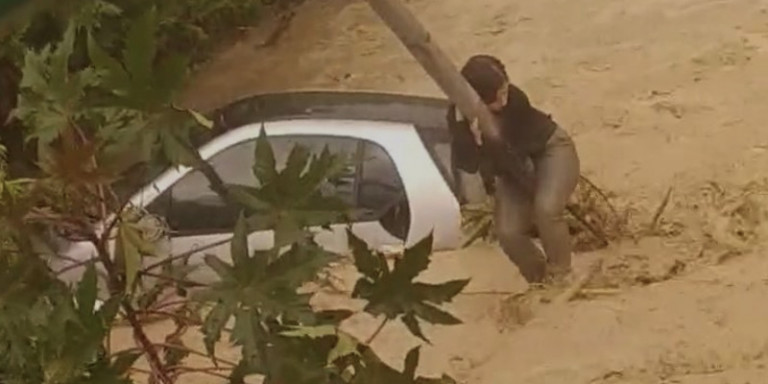 A woman survived by hanging on to an electric power pole in Crete on Wednesday as rushing water swept away her car following torrential rains.
The dramatic video was captured near the town of Kartero, in the region of Heraklion, as severe storms hit the northern part of the island.

The woman was eventually rescued by the fire service without sustaining any injuries.

The exceptionally severe storms on Wednesday caused widespread flooding around the city of Heraklion. They came after a bout of destructive hailstorms drubbed the area on Tuesday.

Stylianos (Stelios) Kyriakides is a Greek legend for all Marathon runners, although he is best known for winning first place in the Boston Marathon in 1946.
Food