By Anna Wichmann
October 1, 2020
Facebook
Twitter
WhatsApp
Linkedin
Email
Relations in the East Mediterranean, between Greece, Cyprus, and Turkey, were at the center of Thursday’s meeting of the Special European Council in Brussels.
However, after Greek Prime Minister Kyriakos Mitsotakis made it clear that provocations against members of the E.U. by Turkey would not accepted, he rejected a first draft text of the summit’s conclusions regarding the Eastern Mediterranean.
Cyprus has also rejected the draft.
According to reports from Greek media, the text does not mention Turkey’s role in the conflict often enough, with Greek and Cypriot leaders urging the text be changed. 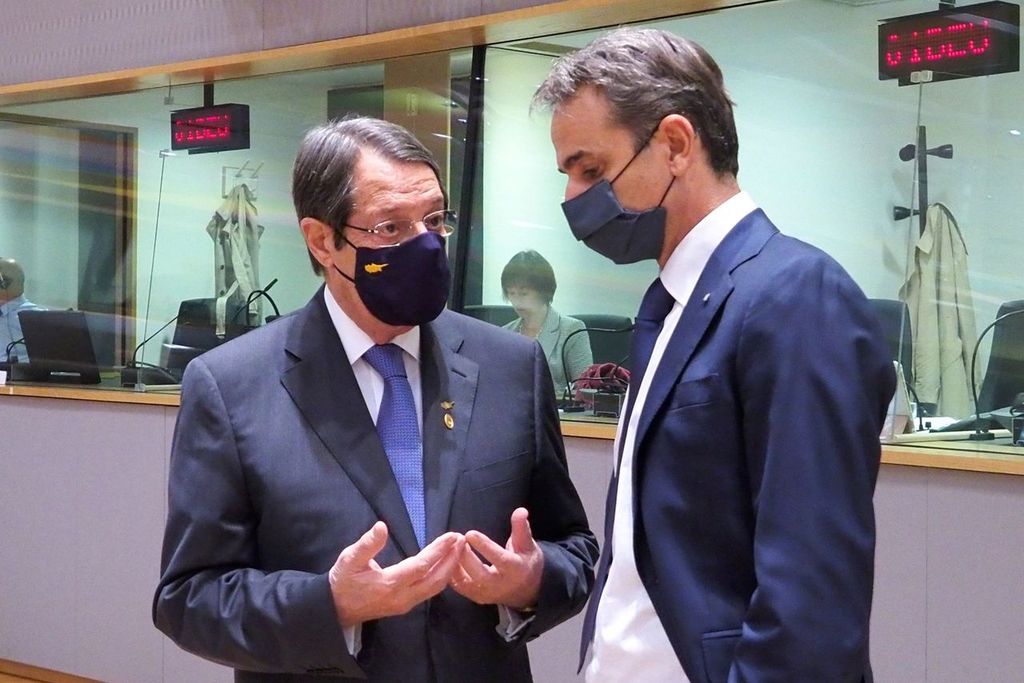 Reportedly, the first draft reaffirms the European Union’s commitment to ensuring Greece and Cyprus’ sovereignty in the face of threats, and vaguely hints at the potential of sanctions against Turkey.
A paragraph of the draft also called on Turkey to cease any maritime activity in Cypriot waters.
If Turkey takes steps to better its relations with EU member states, namely Greece and Cyprus, certain deals involving customs and migration would be offered to the country in the draft, according to international media reports.
Greece and Cyprus have called for a hard-line strategy with Turkey, including sanctions.
German Chancellor Angela Merkel has expressed a wish to avoid sanctions to the international press, taking a softer approach on Turkey, while French President Emmanuel Macron has announced his support for Greece and Cyprus.
After Greece’s rejection of the text, a 45-minute break was called, after which discussions regarding the Eastern Mediterranean will resume.