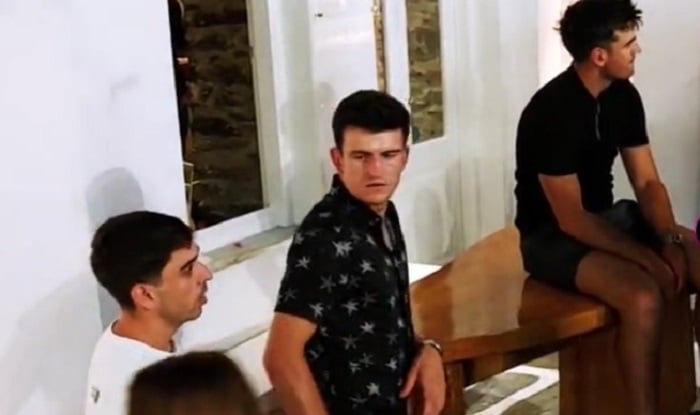 Greek police arrested Harry Maguire, the captain of English football giant Manchester United, late on Thursday after a brawl involving police officers outside a Mykonos bar.
According to reports, Maguire and his entourage were involved in a noisy altercation with other British tourists on the cosmopolitan Greek island.
Locals informed the police, who intervened to stop the quarrel. However, according to the same reports, three people from his entourage attacked the Greek officers.
The group, including Maguire, was led to the local police station where they continued to verbally and physically abuse police officers. They were eventually charged.
“The club is aware of an alleged incident involving Harry Maguire in Mykonos last night,” United said in a statement on Friday.
“Contact has been made with Harry, and he is fully co-operating with the Greek authorities. At this time we will be making no further comment.”
Earlier, the cameras of Mykonoslive.tv had captured the international defender enjoying Mykonos’ nightlife.