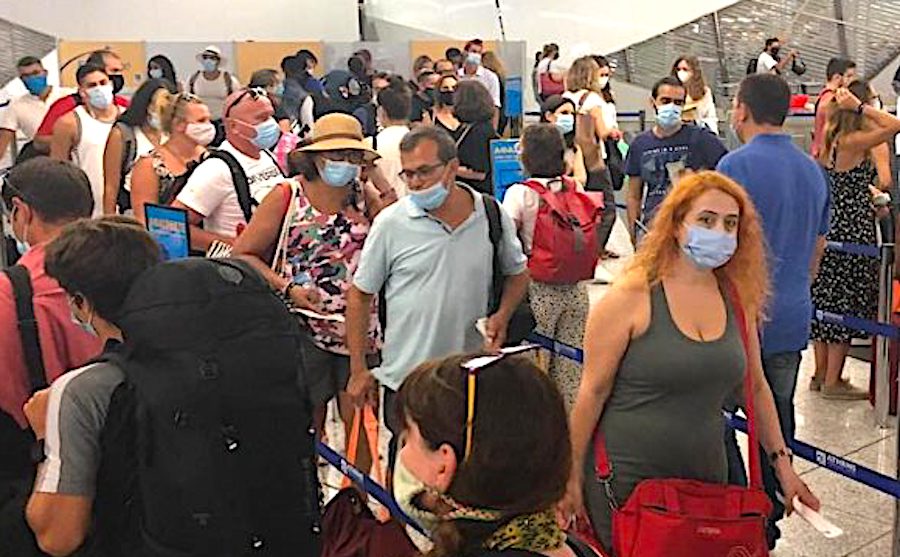 Greece’s National Public Health Organization announced on Sunday, August 16, that 217 new cases of Covid-19 have been reported within the past 24 hours, as well as 2 deaths.
The statement was released following health authorities explaining how the country’s current total number of patients has now reached 7,075, with 15 of the new cases being detected at the country’s border gates, following mandated routine health checks.
The NPHO also stated that 23.5 percent of cases (1,667) are considered to be related to travel from abroad, while 47.4 percent (3,353) are connected to already known cases.

Greece’s current death toll is also up to 228, following the death of two patients who had contracted within the last 24 hours. The victims specifically were a seventy-one-year-old man and a eighty-seven-year-old woman, both of whom having underlying diseases.
Regions including Attica and Thessaloniki also continue to be major hot spots for the virus, with 73 and 37 cases respectively being identified there, causing concern for residents.
As Greece struggles to contain the spread of Covid-19, health officials and political leaders remain on high alert to make sure that protocols are being implemented, with the government recently releasing a mandate restricting the hour of operation for nightclubs.