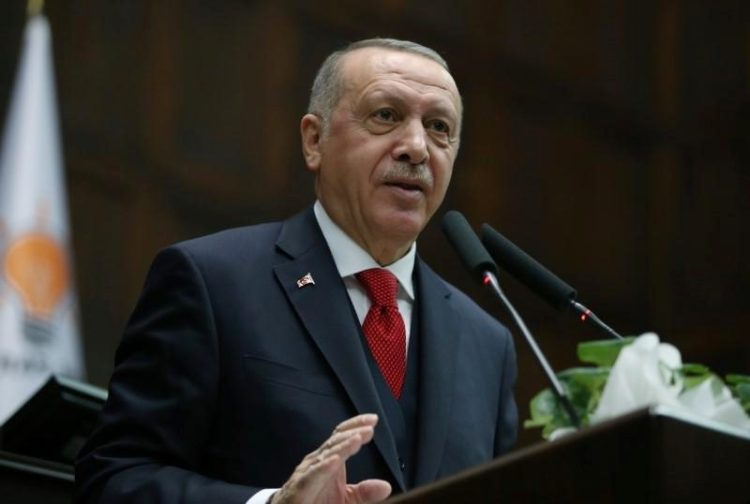 Turkish President Recep Tayyip Erdogan, spoke out against Greece on Saturday, August 15, regarding the country’s interest in the Eastern Mediterranean, the Aegean as well as Libya.
In an official statement, Erdogan emphasized how Turkey would not back down to threats of sanctions nor to incursions on its territory, saying “We will never bow to banditry on our continental shelf. We will not back down against the language of sanctions and threats.”
Amid tensions between NATO allies and Greece, Turkey’s research vessel, the Oruc Reis, had been conducting surveys for energy resources throughout the Eastern Mediterranean.
Athens demanded the withdrawal of the ship after Greek military vessels shadowed the Oruc Reis, which was said to had gone over its continental shelf, with Erdogan responding that he would not “succumb” to any attempts to “steal” the Turkish continental shelf.
“We will not let our energy and time be ‘wasted’ by unnecessary discussions,” the Turkish president also noted elsewhere in his speech, further adding that he will not hesitate to address any criticisms or comments made towards the Oruc Reis research vessel.
Before concluding his speech, President Erdogan also pointed out that his main goal is to reduce the effects of the pandemic on both Turkey and its economy, emphasizing that, “we focus on safeguarding the rights and interests of our country in every sector, around the world.”

A seven-year-old boy died after a fire broke out at a migrant camp in Thebes, northwest of Athens, late on Tuesday. The child's nationality was not released.
Read more