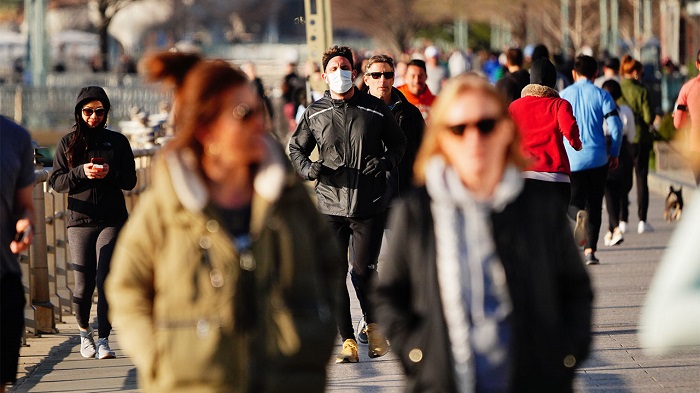 Greece’s Undersecretary of Civil Protection Nikos Hardalias announced much stricter measures against the spread of the coronavirus as the nation grapples with a disturbing spike in numbers around the country.
Bars, restaurants in Attica to close at Midnight
Bars, caterers, restaurants and all other dining establishments where patrons sit down to eat in the entire Attica region, including those on the islands in the Saronic Gulf and Kythira, will be forced to close their doors after midnight. They may open up again after 7 AM the next morning. Other places, such as take-out souvlaki and other take-out restaurants, are free to operate as usual.
On the Greek islands of Paros and Antiparos, magnets for both Greek and foreign vacationers, there will be a 50-person limit imposed on all weddings. That same limit is also imposed everywhere in the country which is considered “epidemiologically burdened,” where the number of infections has increased recently.
All those, both civil servants and private-sector employees, who are members of at-risk groups, are obligated to work from home (telecommute) at least until August 24, when these measures will be revisited.
Young people singled out
In the wake of widespread reports recently of youths gathering and socializing together in large groups, Greek Prime Minister Kyriakos Mitsotakis admonished the nation’s young people to heed warnings and take action to prevent them from contracting the virus and spreading it to others.
The Greek leader stated in an address on Friday “I want to make a special appeal to young people. Be careful; take care of yourselves; you are not invulnerable, and those who are particularly not invulnerable are your parents and grandparents.”
He added that he particularly wanted to address people in their teens and early twenties, saying “I also have children at this age, 17, 23 and 22, I know the carelessness of this age.”
PM Mitsotakis also urged everyone in the country to wear masks while in public, and especially while around those in vulnerable groups, such as the elderly.
Hardalias, as Prime Minister Mitsotakis had done earlier in the day, also singled out young people in Greece for special concern, urging them to take a great deal more care in how they conduct themselves, as those under 40 are now one of the fastest-growing groups of coronavirus victims.
The new measures on Paros and Antiparos will be in place from tomorrow morning to the 24th of August. The already-existing ban on gatherings of more than nine people will be extended on the islands until that same date.
All shops and other concessions on Paros will now have to close their doors stores will close from 12 midnight.
There is now mandatory use of facemasks in all migrant and refugee camps and all other social facilities for immigrants.
Those returning from vacation to wear facemasks
There will be preventive laboratory testing for the coronavirus of all those who return from vacation in the care units of the elderly and those who work in places of entertainment.
Hardalias also stated that Greece will now recommendation using facemasks for a week, for all those returning from a trip to any busy, congested area. Additionally, special care should be taken by those who are traveling on ferries or other public transport involving large numbers of people, and after returning home from such travel.
The World Health Organization has also just released a new graphic showing their mandates for avoiding the spread of the coronavirus, reinforcing all the new stipulations imposed by the Greek government today.