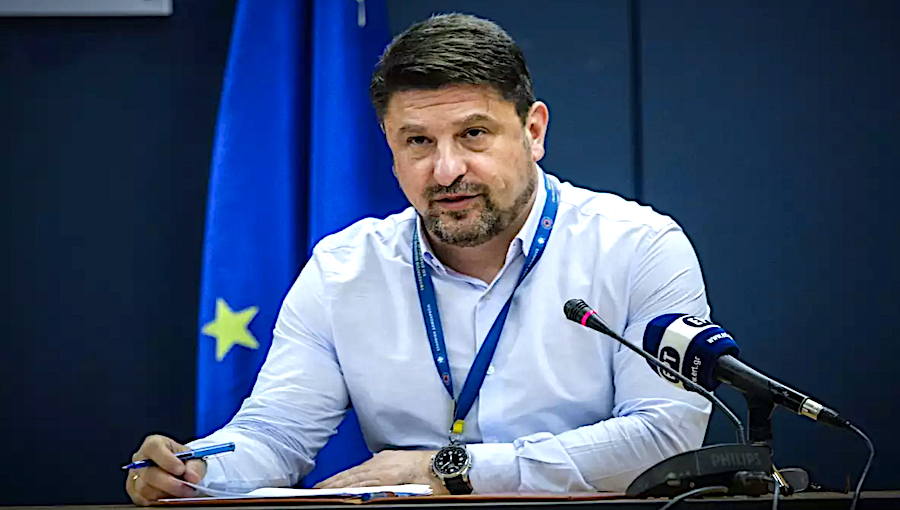 In an emergency briefing on Friday, Greece’s Deputy Minister of Civil Protection announced new measures and the extending of those that are already in place as the country counted an alarming increase in the number of coronavirus infections.
A total of 78 new cases were detected in Greece over the past 24 hours, according to Hardalias, and three more deaths were attributed to the disease over the past day. This is the largest increase in daily numbers since May 4, 2020 — the last day of the general lockdown in Greece.
A total of 206 individuals have now passed away with the virus since the beginning of the outbreak.
Ten of these cases were detected at the country’s entry points, the National Organization of Public Health (EODY) announced in its daily report.
Additionally, as of today, Greece will enforce the compulsory use of masks in all enclosed public spaces, including churches, except in dining areas of restaurants, and the use of face coverings is strongly recommended even while outdoors if in crowded areas.
There will also be no standing or loitering allowed in any bars or clubs anywhere in the country.
Hardalias also announced Greece’s many summer festivals, which annually attract thousands across the country, will be banned until August 31.
No one will be allowed to visit their loved ones in nursing homes or hospitals until August 15. Beginning on Monday, there will also be a limit of 100 people imposed on all weddings and baptisms throughout Greece.
Hardalis further announced that T=there will be a complete suspension of flights from Turkey, Albania and North Macedonia until August 15.
The total number of coronavirus cases in Greece since the beginning of the outbreak, including all those who have recovered, is 4,477.
Currently, nine patients remain intubated in intensive care units throughout the country. A total of 127 individuals have been successfully discharged from the ICU.

Turkey announced on Monday that it will conduct a large-scale naval exercises in the Mediterranean and the Aegean Sea between February 25 and March 7.
Greek Food