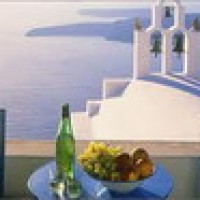 Sydney’s  Greek Orthodox Community of New South Wales will present a full slate of events celebrating the bicentennial of modern Greece in 2021. The bicentennial, commemorating Greece’s triumphant release from the bonds of centuries of Ottoman rule, will be a gala event celebrated by the diaspora and philhellenes around the globe.

Events will include concerts, lectures, recitals, parades, art shows, discussion panels and even the launch of a new magazine highlighting the achievements of the Greek diaspora.

More than twenty events have been organized thus far and even more will be added in the coming weeks and months. Prominent members of the Greek community in New South Wales in charge of organizing the events include Historian Leonard Janisewski from Macquarie University; journalist Efthymios Kallos; Professor Vrasidas Karalis from the University of Sydney; and Dr. Helen Vatsikopoulos, Journalist who also teaches at University of Technology in Sydney.

Harry Danalis, the President of the Greek Orthodox Community of NSW, stated in a press release “2021 marks the anniversary of a momentous year in Greek history and we are glad to be able to present a series of events that acknowledges and celebrates this.

“It has been important to us to engage artists and coordinate events that truly appreciate and commemorate the significance of this moment in our history.”

The following activities are on the slate of the Greek Bicentennial events planned so far by the NSW organizers.

These and many other events will be on tap for the gala festivities surrounding the Greek bicentennial in March and ongoing throughout 2021.