TechNews
GreekReporter.com Greek News Diplomacy Greece Open to Dialogue with Turkey But Not "At Gunpoint"

Greece Open to Dialogue with Turkey But Not "At Gunpoint" 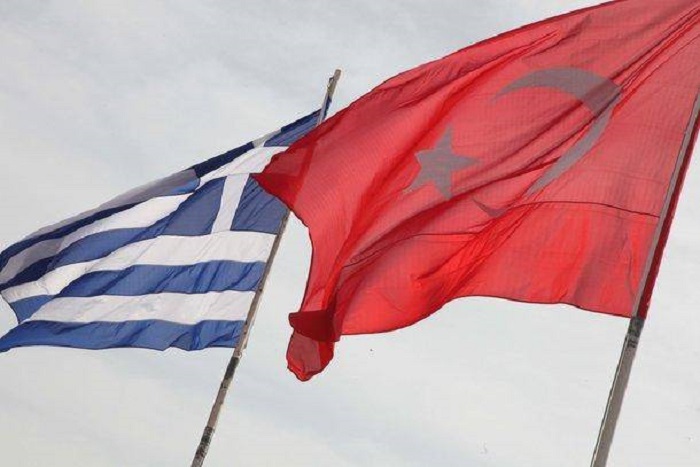 Greece is open to a dialogue with Turkey but not under threats, the country’s Foreign Minister Nikos Dendias reiterated on Wednesday.
Speaking on state broadcaster ERT, Dendias criticized Turkey for issuing “threats and deadlines,” adding that dialogue cannot be held “at gunpoint.”
He added that there is no agreed-upon procedure for starting a dialogue at this time.
Dendias stressed that the absence of illegal actions is an essential condition for the two countries to begin exploratory talks and emphasized that “the difference between Greece and Turkey is very specific: the continental shelf and the overlying sea zones.”
Greece was fully prepared to discuss this issue, Dendias added, but also noted that there are issues of international law and the Law of the Sea involved, for which no side had the power to set deadlines.
The Greek foreign minister made it clear that there is still no agreement and understanding for dialogue with the Turkish side. “There is no agreed procedure for starting a dialogue. There are some discussions but that’s all,” he noted.
Dendias also stressed that if Turkey ceases its provocative actions and creates a climate that allows dialogue, “it will, of course, be very good to have, and in due time it will be very good to meet with Mr. Cavusoglou,” but only with the right atmosphere that allows for convergences and consensus.
He reiterated that if the two countries do not reach an agreement, they could well go together to The Hague to resolve their differences.
Turkey announced on Tuesday that it will “put on hold for a while” energy-exploration operations in the eastern Mediterranean Sea that have raised tensions with Greece and Cyprus.
Presidential spokesperson Ibrahim Kalin, revealed that Erdogan said “let’s follow a constructive approach and put them on hold for a while.”
Ankara is also seeking a discussion with Athens about issues surrounding the countries’ continental shelves, air space and offshore hydrocarbon exploration, Kalin said in a televised interview with CNNTurk news channel.
Kalin said Turkey is ready to enter comprehensive negotiations with Greece “without preconditions.”
However, not long after the statement, Turkey announced that the vessel Barbarossa will conduct research in an area that extends into plots 2 and 3 of Cyprus’ exclusive economic zone (EEZ).
Long-standing tensions between the NATO allies escalated last week after the Turkish Navy on Tuesday issued an advisory known as a Navtex for seismic surveys in the waters between Cyprus and Crete.
Athens and Nicosia warned that the advisory is null and void since the planned surveys were within the Greek and Cypriot continental shelves.