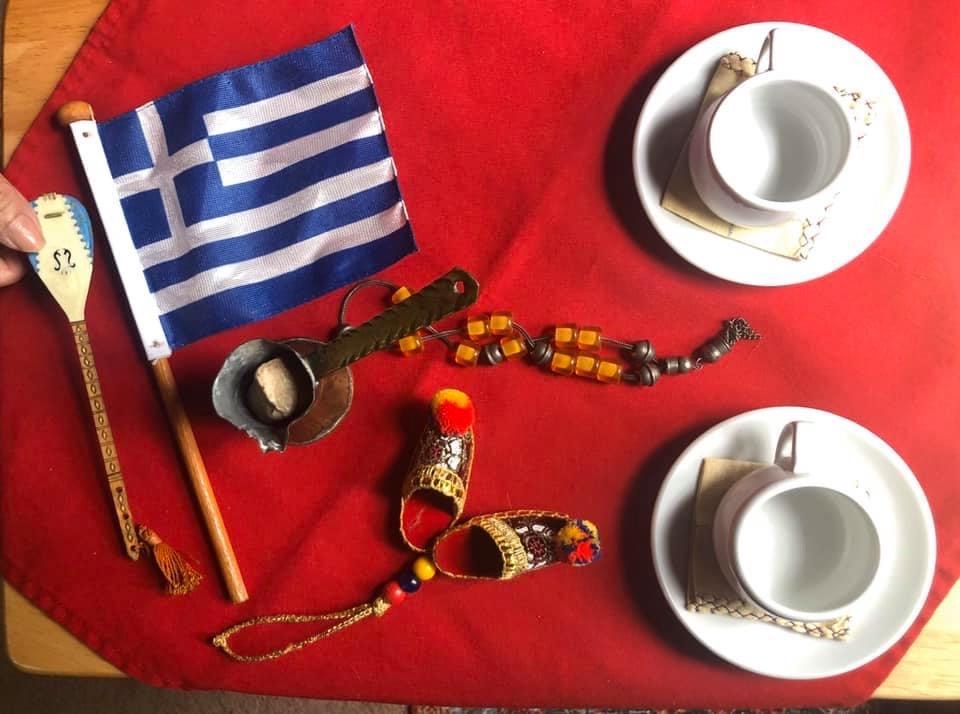 Members of the Greek diaspora around the world are known for their strong families and the ability to maintain unbroken connections with their homeland. This is perhaps even more important for those who once lived in the Byzantine city of Constantinople, now Istanbul in Turkey.

A group of Greeks who live in the Washington DC area are keeping the culture of this great city alive despite the passage of years.

Yasmin Paraskevas, who heads the organization of events for the Hellenic Society of Constantinopolitans in the US capital, spoke to Greek Reporter recently about her group’s mission, which includes preserving the memory of Greek life in Constantinople and fostering contact between those who hail from the city or whose ancestors were from there.

The group offers a slate of cultural events which promote intellectual contacts and cooperation in humanitarian and cultural endeavors among Greeks. Guests whom the Society has hosted in the past include Minas and Mixalis Vasiliadis, the ​editors of the ​Apoyevmatini ​newspaper in Konstantinoupoli, who discussed the history of the Greek-language newspaper which has been in existence for 96 years and is now available only digitally.

The Hellenic Society of Constantinopolitans of Washington was founded in 1986 by Avyeri & Elli Andonyadis, Rea Assimakopoulos, Tasos & Epi Sporidis, Julia & Stratos Inglesis, Stavros Papadopoulos  and Eleni Panayiotidis. Many of the original members of the group were alive at the time of — and even lived through — the city’s Pogrom of 1955.

Their aim was not only to further the cultural appreciation of the city but also to foster friendships between former Constantinopolitans, to give them moral support and distribute mutual aid within the community.

They still offer every possible assistance to newcomers from Constantinople in matters
pertaining to their residency and help them to adapt themselves to their new environment in the United States as well.

The Society has hosted lectures and musical performances, fundraising dinners for charity, and charity fashion shows as well as annual retreats around the Washington DC area. The small group has even sponsored the awarding of a scholarship to a young lady of Constantinopolitan origin and supported her during her undergraduate studies.

​The number of Greeks from Constantinople who live in the DC area has unfortunately dwindled over the decades, partially due to the fact that the members have aged and many have passed away over the years. Currently there are fifty active members in the group, which includes residents of Washington DC, Maryland and Virginia.

Paraskevas, who coordinates the group’s social activities, states that recent functions have included the “cutting of the Vasilopita, an autumn visit to a local ​winery​, Palm Sunday lunch at a local Greek restaurant, a festive Carnival party, and a charity​ fashion show​… those are just some of the events that we have put together over the past three and a half years.”

She states that these events “also include the community at large — philhellenes who wish to support the charities for which we raise funds: ​The Smile of the Child​, the ​Estia Nursing Home​ in Athens (made up of elderly Greeks from Istanbul) and Megali Tou Genous Sxoli​(the Phanar Greek Orthodox College​ in Istanbul).”

Also serving as an important safety net for members, Paraskevas tells Greek Reporter that the group often “turns to online fundraising platforms to raise monies for medical care or to cover funeral costs.”

In addition, “the Society’s weekly ‘Politiko Kafeneio’ a virtual online gathering (via Zoom) was started in early May as a means for friends and members to connect weekly and in an informal setting. It’s called ‘Politiko Kafeneio’ because it’s casual,” she explains.

“Our members,” she states, “have the chance to share memories of their home city, the places they would frequent, the people they knew… and it’s a chance for me to learn the unique words, traditions, and music of the time period.”

The repertoire of the new virtual meetings has even included musical performances. The talented members of the group have played songs from Konstantinoupoli live, on the trumpet and accordion. Additionally, members have shared and demonstrated recipes, including Tavuk Göğsü​, ​Dolmades​, ​and Tsoureki,​ and listened to guests who discuss topics relevant to the group’s interests.

The Society’s speakers have included the founder of the ​’Ottoman Greeks in the US Project​’ George Topalidis, who presented research on the immigration of Greeks from Asia Minor to the US in the early 1900’s and discussed the archive that documents the oral histories and artifacts of these people.

Asked what the Society means to members on a personal level, their answers varied, but all acknowledged how important it was to them to share the deep emotional connection to this once-Greek city.

Some said that they wanted to make sure that the group continues to exist and fulfill its purpose of bringing together friends and members and to provide support to them as needed, on a personal level.

Others stated that it was wonderful just to reminisce with people who know the same shops, churches, places, and people in the city of their heritage.

One member shared that the group unites them as Constantinopolitans and keeps them aware of the latest cultural activities in “our favorite city,” and it also “provides a continuity of cultural awareness in the next generation.”

For her part, Paraskevas says “The formation of an online Politiko Kafeneio is important to me. I believe that in difficult times, we have to stick together and be there for each other.

“My father Leonidas, who was born in Istanbul and came to Washington in the 1960’s, instilled in my brother and me a deep appreciation for our roots, and it’s a pleasure to be able to continue to learn about his generation through dialogue with members and invited guests from all over the world.”

On tap for the Society’s future events ​is the formation of a book club, with cultural and historical topics in both Greek and English. Among future guests will be a chef who specializes in Politiki kouzina, and academicians who wish to share their contributions with members.

If you are interested in contributing to or participating in this wonderful community which has kept alive the memory of Greek society in Constantinople, please email them at [email protected]