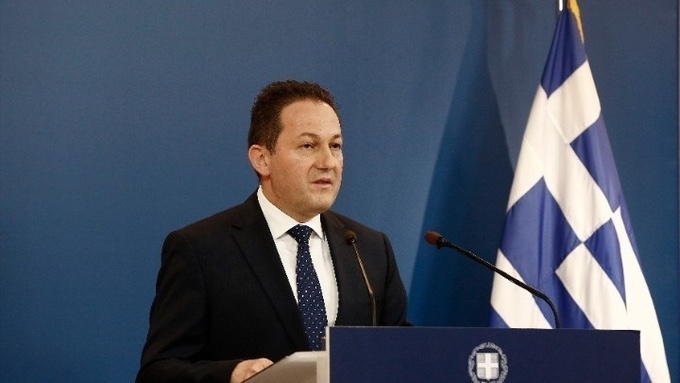 Greek Government spokesperson Stelios Petsas called Turkey’s decision to de-escalate tensions in the southeastern Mediterranean a “positive action” in an interview with Skai television on Tuesday.
Petsas stated that he welcomed “…the fact that we have this statement on Turkey’s side and from the spokesperson of President Erdogan, because it showed that an illegal Turkish Navtex is in practice being withdrawn.
“Consequently, this is a good thing. Beyond that, we have said that we wish to have open channels of communication with Turkey and to discuss the issue that has for many decades now vexed both sides, which is the delimitation of the maritime zones,” he added.
Regarding this perennially thorny issue, “which naturally requires a certain processing in order to progress,” he said, Greece has indicated in every possible way that it wants an active de-escalation on Turkey’s side with respect to its delinquent recent behavior in the Eastern Mediterranean, adding that this was a “positive action” on the part of Turkey.
“The framework that there can be for discussion is to pick it up where we left off with the exploratory contacts, which were interrupted and which cannot, naturally, take place either under a regime of threats or of faits accomplis, or with by actively disputing the issues that are the object of the discussion,” Petsas added.
Commenting on recent Turkish actions, the government spokesman said that the escalation had to “do with matters relating to drilling activity in the Eastern Mediterranean, matters that relate to the illegal Turkish-Libyan memorandum but also the major issue of recent days, which is the conversion of Hagia Sophia, a World Heritage monument, into a mosque.”
This, Petsas added, created a rift between Christians and Turkey and, if such actions were to continue over the coming period, there would be no foundation for resuming exploratory talks held in good faith and with respect for international law and the rules of good neighborliness.
Referring to the role of the international community, Petsas noted that it had roundly condemned the illegal actions that were contrary to international law and had called on Turkey to stop such provocative actions “so that we can have what we all desire: a good ‘neighborhood’ and good relations.”
This did not only concern Turkey’s relations with Greece, he pointed out, but also those with Europe, with which Turkey has had a strategic relationship for many years. “The European side is no longer on its own but shares the same spirit as all international organizations, all the major countries outside Europe, including the United States and Russia.
“Therefore, we have a general call to Turkey to stop these provocative actions, which do not promote the relations it should have with Greece and Europe,” Petsas added.
Regarding the actions taken by the Greek side, he noted that Athens had used the three tools at its disposal: “international law, which is on our side, our allies, which are on our side and which we activate when necessary, and our own power to do what is needed to defend our sovereign rights.”
He noted that Greece had conducted itself with calmness, self-confidence and a readiness to defend its sovereign rights throughout the recent period, stressing that the situation required seriousness and not “tricks” or “gimmicks.”
“This is about something serious, a strategic relationship between two neighbors and two regions, when we are talking about Europe, which must live together, not for a few months or a few days but for many, many years.
“Therefore, it is in the interests of all for this relationship to be good and it is not in the interests of the two sides to have a constant tension, a constant effort to question the status quo,” Petsas concluded.