GRNews
GreekReporter.comGreek NewsEconomyNew Yorkers Head for the Hills Outside City After Pandemic

New Yorkers Head for the Hills Outside City After Pandemic 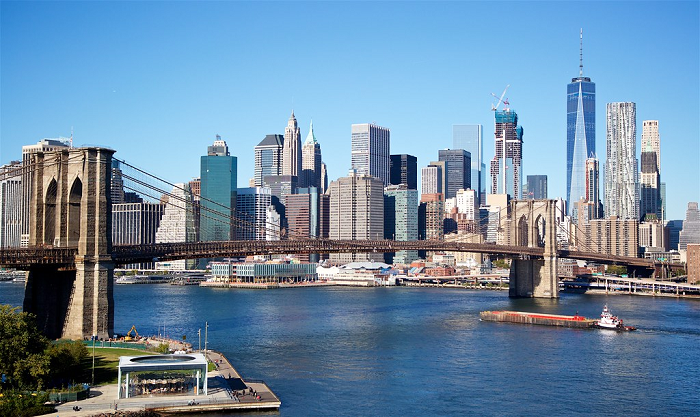 Denizens of New York City, weary of dealing with the many ramifications of the coronavirus pandemic, are now moving out of the urban area of 8.3 million people and settling in the upper Hudson Valley and beyond in search of a new life.

Perceived as being too densely-populated and risky in these times before there is an effective vaccine, some former residents of the city say they cannot imagine boarding public transportation there until this becomes a reality.

So pulling up stakes seems like a doable alternative, especially now in this digital age, when so many people can work from home.

Already in March, when the lockdown was first imposed, it was noticed that a steady stream of New Yorkers were seen coming out of the state for parts beyond — including Maine and other rural Northeastern states, where many of them have vacation homes.

Defying the lockdown, they and their families headed out of the city in fully-loaded vehicles for more rural areas where the virus was much less of a threat.

Back in late March, after New Yorkers had been ordered to self-quarantine, many residents were observed entering the neighboring state of Rhode Island, long a seaside getaway for those from the big cities. The Associated Press reported that on March 29, the Rhode Island National Guard started going door to door in Westerly, Rhode Island to “inform any New Yorkers who may have come to the state that they were obliged to self-quarantine for two weeks.”

According to that report, Rhode Island governor Gina Raimondo had already ordered residents of her state to stay at home, with exceptions only for getting food, medicines or going to the doctor to help stop the spread of the coronavirus. She also directed realtors and hotel operators to include new requirements that any out-of-state residents must quarantine for 14 days in their purchase agreements.

Rhode Island State Police even set up a checkpoint on Interstate 95, looking to catch drivers with New York license plates, according to the news website WPRI.com. Although the practices of going door-to-door and setting up roadblocks were quickly abandoned under Constitutional grounds, the influx of New Yorkers to neighboring rural states has not stopped in the months after the worst of the pandemic.

Now, it appears that home sales, as well as rentals, outside the city are trending sharply upward as New Yorkers continue to leave the metropolis for parts beyond. The AP reported this week that real-estate agents in the area are calling the market “red hot” at present.

“There has been a big uptick from Manhattan people, no doubt about that,” said Steven Domber, president of Berkshire Hathaway HomeServices Hudson Valley Properties, in an interview with the AP. “Number one, it’s cabin fever, which is wanting to get out of an apartment and having some land if, God forbid, there’s a lockdown again.”

He further shared that his sales were “up almost a third” over June of least year.

Other agents agree that home rentals and sales are far above average at the present time.

According to the AP report, real estate agents say there have been many instances of bidding wars over homes that had long been on the market. Homes that had just been listed are now being bought on a cash basis.

Realtor John Murphy told interviewers that some houses outside the city are now selling $100,000 or more above their previous asking prices.

“I think this was the event that got people off the fence,” real estate broker Gary DiMauro told the AP. “I think we also got people who were thinking about buying either a first or second home up here to actually pull the trigger.”