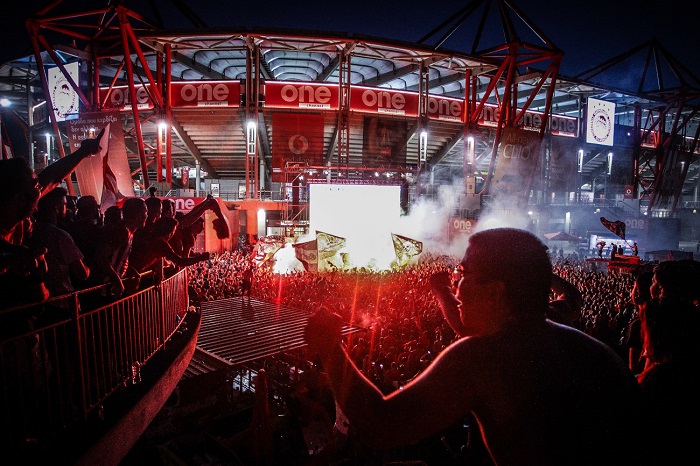 Thousands of Olympiacos fans defied regulations regarding social distancing on Sunday and gathered outside Georgios Karaiskakis stadium in Piraeus to celebrate the 45th championship title in Greek football.
Olympiacos claimed all three points against AEK in the final game of the playoffs, thanks to goals from Mathieu Valbuena, Lazar Randjelovic, and Mady Camara, with Massimo Carrera’s AEK side unfortunate not to get on the scoresheet.
PAOK finished second, four points ahead of AEK, after a goalless Thessaloniki derby with Aris at Toumba. The Thessaloniki club will now compete in the Champions League qualifiers.
AEK has to settle for a place in the Europa League qualifiers.