GRNews
GreekReporter.comBusinessLibra Accuses Ex-Employee of Fraud Resulting in Half a Billion Damage to... 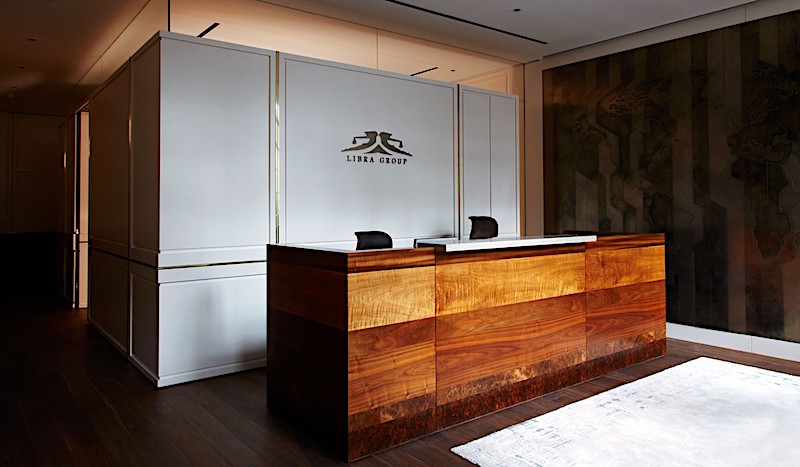 In an extraordinary case before the Nicosia, Cyprus, court, the Libra Group, a diverse international business active in 35 countries, including Greece, accuses a former employee of being the perpetrator of a scheme that resulted in a loss of almost €500 million for the company.
In a case that – as described in the affidavit GR has obtained – could be very well taken out of a film, a long-serving senior executive is accused of abusing the trust that had been placed in him by defrauding the company he worked for and in many cases enrich himself. Through an elaborate and ingenious scheme, the former executive and several conspirators managed to trick the Libra Group and undermine their reputation in Greece and beyond, the Group charges.
The Libra Group, wholly-owned by the Logothetis family, is a diverse international business group focusing on six business areas: aviation, energy, hospitality, real estate, shipping, and diversified investments.
The Group says it has prided itself on giving its local subsidiaries considerable degrees of autonomy based on placing trust in senior executives, often earned over many years of experience with the Group.
“It is this executive autonomy within a respected international group that provided the alleged fraudster with prestige and authority in the eyes of internal and external parties and a perfect ‘cloak’ for his criminal activity and large-scale betrayal of the trust that had been placed in him,” Libra says.
According to the affidavit presented at the Nicosia court, Libra Group claims that the accused tricked the Group by holding a personal financial interest in companies that Libra understood to be wholly independent.
“Sometimes he was covertly an interested party in companies trading with the Group (thus acting as both the willing seller and the willing buyer). At other times, apparently legitimate companies in which the accused was secretly involved provided consultancy or services as part of various transactions in which the Group was involved. Either no such services were provided, or the fees were grossly inflated compared with the services provided,” Libra says.
Another familiar theme, according to Libra, is the conspiracy by the accused to radically undervalue assets being acquired from the Libra group, while over-valuing assets being acquired by the Group, always personally benefitting from the upside in the true value through his interest in the counterparty.
According to the affidavit, the accused having stolen money, “embarked on a spree of profligate personal expenditure including the purchase of multiple homes, cars and other luxury items.”
The losses to the Libra Group attributable to the accused and his co-conspirators amounts to almost €500 million, the Group adds.
Libra Group claims that the accused was the main enabler of the plan aided by three other principal conspirators who were holding executive positions in other companies. There were many other secondary conspirators. All the accused are named in the affidavit, seen by Greek Reporter.
The former Libra employee and his co-conspirators are also accused of transferring funds out of Greece at a period when the country had imposed capital controls during the economic crisis. Libra Group was accused at the time of violating the law and this led to the undermining of its reputation.
“Not only did Libra Group not transfer money out of Greece, but while capital controls were in force Libra transferred well over €100 million into Greece, thereby accumulating capital credits which would have offset any transfer of money out of Greece,” the Group says.
The funds illicitly transferred out of Greece by the accused were used in a series of deliberately complex and fraudulent transactions involving companies in Cyprus that collectively led to the theft of €13,910,700 by the mastermind and his accomplices.
Libra Group says that following an internal investigation, the accused admitted to his crimes and promised he would revert with a business settlement. He never did. At a later meeting his co-conspirators lied persistently and similarly refused a settlement. Leading accounting firm, Grant Thornton, asked the fraudsters to reveal their bank accounts and prove they had done nothing wrong. They refused.
In December 2019 the Group applied for “Norwich Pharmacal” orders which permitted the opening of the conspirators’ bank accounts in Cyprus. The judges recognized the fraud and ruled in the Group’s favour, revealing the details of bank accounts and the involvement of the fraudsters.
Injunctions have now been applied with the objective of freezing debtors’ assets to prevent them being taken abroad.
Overall, the Libra Group says the activity of its former employee and his co-conspirators has led to widespread invalid criticism of the Group. “Distrust has fermented in the Greek business community and international finance partners have seen wholly inaccurate press articles that have undermined their trust in the Group.”
It also estimates that the reputational damage to the Group attributable to the treachery of accused “conservatively amounts to €200 million in opportunities foregone and deals that have foundered.”