GRNews
GreekReporter.comGreek NewsCyprusCyprus Invasion of 1974 to be Commemorated in Online Event

Cyprus Invasion of 1974 to be Commemorated in Online Event

The public is invited to an online event, sponsored by PSEKA, the International Coordinating Committee Justice for Cyprus, to be held on Monday, July 20, commemorating the 46th anniversary of the Turkish invasion of the island nation.

The conference, which will be held via Zoom, will be open to all those who are interested. Members of the public can join by using the appropriate Zoom ID number at noon on Monday.

There will also be special remarks made by the Federation of Cypriot-American Organizations, AHEPA, the American Hellenic Institute and the Hellenic American Leadership Council.

The Turkish invasion of Cyprus began on July 20, 1974, five days after a coup d’etat which had the aim of enosis, or union, with the nation of Greece. Much of the northern half of the island was occupied by Turkish troops and the island remains politically divided to this day.

Please join the conference to learn more about the many political, social and cultural ramifications of this event, which haunts the Greek people even today. 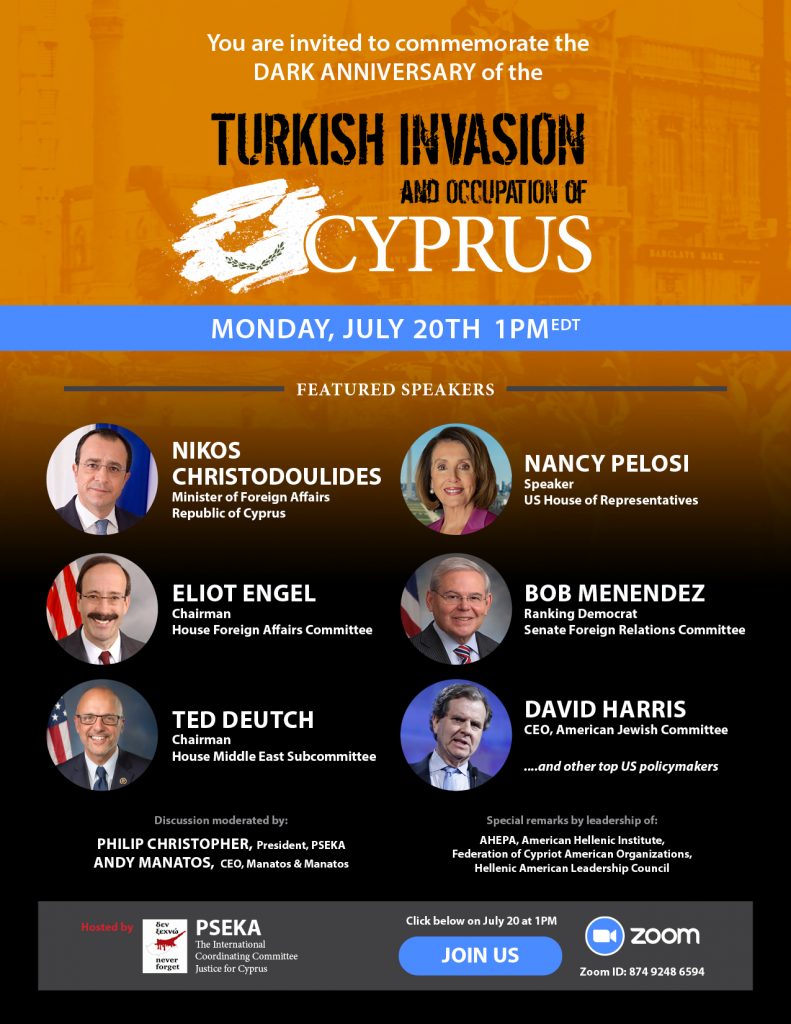