By Tasos Kokkinidis
July 15, 2020
Facebook
Twitter
WhatsApp
Linkedin
Email
Turkey issued a new notice for its continued gas exploration and drillling inside the Cypriot Exclusive Economic Zone (EEZ) on Wednesday, further fueling tensions in the Eastern Mediterranean.
The Navigational Telex (Navtex) covers the area southwest of the island for the period between July 18 – August 20.
The new Navtex followed one that expired on June 18. It covered the area that includes blocks 6 and 7 of Cyprus’ EEZ, which have been licensed to the energy firms Eni and Total. 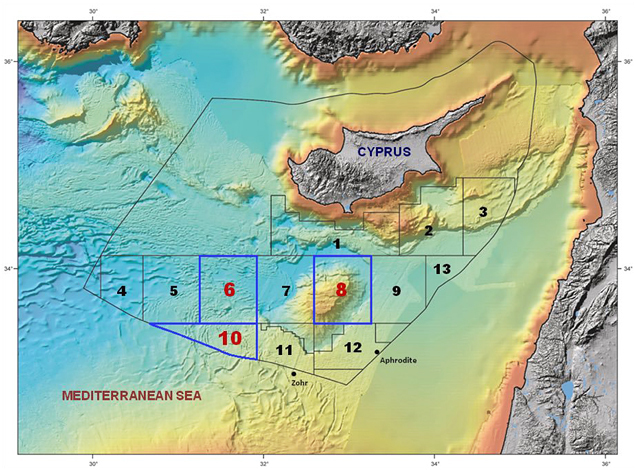 This makes it the seventh time this year that Turkey has attempted to drill within the Cypriot EEZ.
Part of block 7 lies in what Ankara claims was its own EEZ.
EU mulling sanctions
On Tuesday, Greek Foreign Minister Nikos Dendias revealed that the EU is considering a list of sanctions against Turkey for it’s aggressive behavior against Cyprus and Greece.
In particular, he said that Greece asked the Foreign Affairs Council to prepare a list of specific sanctions.
“That is, harsh sanctions that create a huge problem for the Turkish economy. We should have this list so that we are ready. Additionally, Turkey will know where it is going and we will have made our intentions clear. Greek territory is also European territory and the EU must defend its own territory,” he explained.
Asked to give examples of sanctions that could be imposed, the foreign minister said these might include a note on tourism, matters relating to banking and guarantees in cases of exports or imports.
He further stressed that the EU is Turkey’s largest trading partner and that Europe can create a huge problem for the Turkish economy if it chooses.
“The EU is a global superpower, provided it wants to use this enormous potential. And I imagine that there will not be any state that does not want to use the Union’s capabilities to defend a member-state that is under attack from another country.”