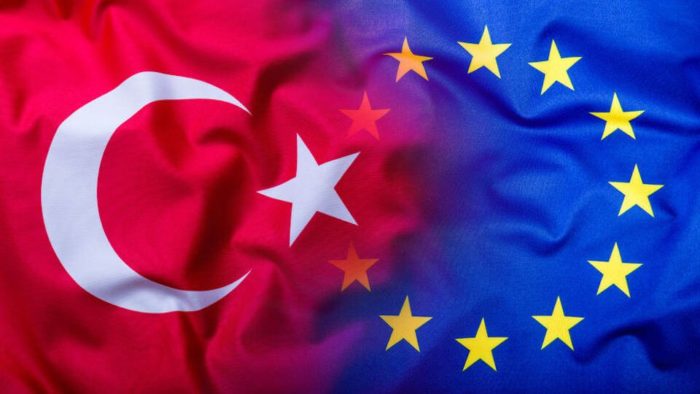 The European Union’s foreign affairs leader Josep Borrell stated that the EU flatly “condemned the Turkish decision to convert such an emblematic monument as the Hagia Sophia,” after Monday’s meeting of all 27 foreign ministers of the nations belonging to the Union.

He added, “This decision will inevitably fuel the mistrust, promote renewed division between religious communities and undermine our efforts at dialog and cooperation.”

Turkey’s decision to nullify the 1934 decision to turn the Byzantine monument and UNESCO World Heritage site back into a mosque has angered national leaders around the globe and engendered universal disapproval. The magnificent edifice served as the seat of Eastern Christianity for nearly a thousand years, until the city fell to Ottoman Turkish forces in 1453.

Borrell declared that there was “broad support to call on the Turkish authorities to urgently consider and reverse this decision.”

However, no concrete actions were taken after today’s meeting of the foreign ministers — the first such assembly since the outbreak of the coronavirus — and the matter was put on the agenda for the next meeting of the group, scheduled to take place in August in Berlin.

Stelios Petsas, the Greek government’s spokesman, continuing his sharp remarks from last Friday, stated on Monday that the European Union was “faced with a challenge and insult” after the swift decision on the part of Turkey’s High Administrative Council and Erdogan to reconvert the hallowed building into a mosque.

Foreign minister Nikos Dendias said on Monday that ”at the request of Greece, a broad consensus was reached to proceed with a list of further measures if Turkey continues its delinquent attitude,” speaking after the end of the EU Foreign Affairs Council (FAC) meeting.

He also stated that “the escalation of Turkish delinquency and authoritarianism was at the center of our discussion and there was strong condemnation of the issue of Turkey’s conversion of Hagia Sophia into a mosque. Turkey has even been asked to reconsider and reverse its decision,” the minister noted.

At the FAC meeting, the minister said he spoke about “the serious implications of Turkish delinquency on security and stability in the eastern Mediterranean, and how Greece’s partners expressed solidarity with both Greece and Cyprus “against illegal Turkish actions, which are carried out to the detriment of our sovereignty and sovereign rights,” he stressed.

“At our request,” Dendias said, “there was a broad consensus on a list of appropriate further measures, namely sanctions, that would allow the EU to respond effectively if Turkey proceeded with its delinquent behaviour.” Dendias attended the FAC together with his Cypriot counterpart Nicos Christodoulides, and met with the High Representative of the European Union for Foreign Affairs and Security Policy, Josep Borrell, concurrent with the meeting.

They agreed that he should explore ways to reduce tensions with Turkey, “but strictly on the basis of the Council’s conclusions,” Dendias underlined. Turkey’s provocations will be discussed at the informal FAC meeting in August in Berlin and not at the regular FAC in September as originally planned, said the minister, before revealing that he will call for the convening of an extraordinary Council meeting if Turkey escalates its behavior by the time the informal FAC meeting convenes.

The minister noted that the meeting members also discussed reports from a number of countries, including Greece, of the violation of the arms embargo by Turkey in Libya, and that the country was directly called upon to stop violating it, he added.

In response, Turkish Foreign Minister Mevlut Cavusoglu told state broadcaster TRT after the condemnation “Hagia Sophia was left as a legacy as a mosque and must be used as a mosque,” adding “We strongly reject comments that amount to an intervention in Turkey’s sovereign rights.”

The EU’s foreign chief had traveled to Turkey last week, before the Hagia Sophia decision, where there was broad discussion on Turkey’s repeated attempts to drill for oil and gas in the EEZs of the Greek islands and Cyprus. These areas include those generally understood by the vast majority of countries around the globe to belong to Greece and Cyprus according to the International Law of the Sea.

Spokesman Petsas declared that this exploration and drilling clearly went against “international obligations and international law,” adding that Greece will be drawing up a list of such violations as it explores “political, diplomatic and financial” sanctions for these actions.

Cavusoglu shot back, saying “if Greece were to turn away from its maximalist ways and agree to a fair sharing (of rights), and if it were to convince Cyprus to a fair sharing of revenues (from the exploration of natural resources), then 80% of our problems would solved.’