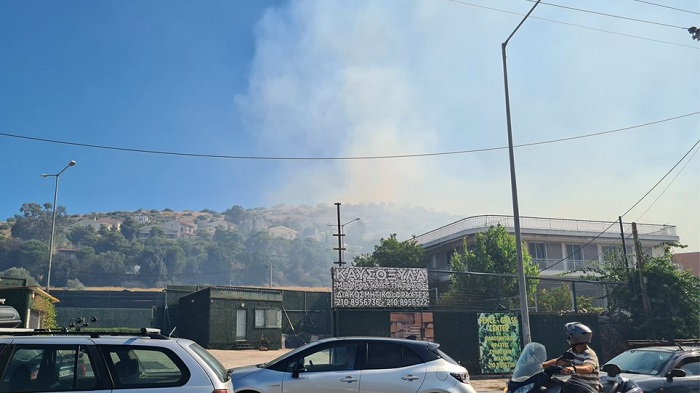 A fire broke out in Vari, a southern suburb of Athens, on Friday morning, forcing authorities to evacuate a nearby nursing home and a summer camp.
A helicopter is aiding the efforts of dozens of firemen to contain the blaze before it reaches homes in the area.

According to the Fire Service, the fire, which is burning dry grass and low vegetation, is unfortunately being aided by strong winds.

The mayor of Voula-Vari-Vouliagmeni, Grigoris Konstantelos, told THEMA 104.6 that the fire is “fairly large”, and is moving southward, where there is dense vegetation. He noted, however, that the closest residential area is at least one kilometer away.
This is a developing story

One in Four Greeks Have Received at Least One Vaccine Dose