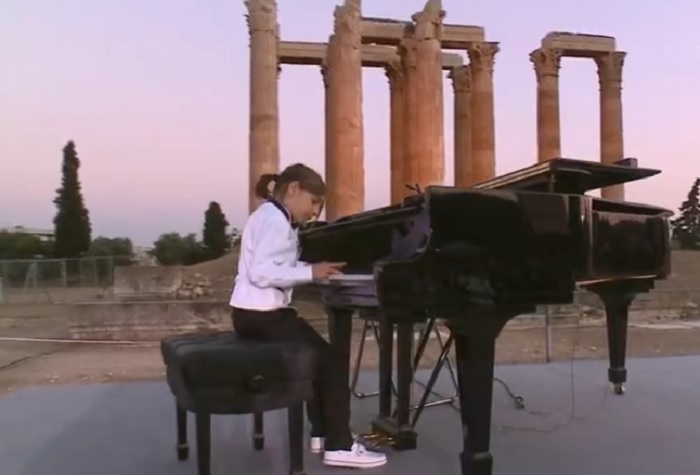 Stelios Kerasidis, the seven-year-old Greek pianist and composer who has stunned the globe with his talent, dazzled the crowd gathered on Wednesday at an event inaugurating Greece’s presidency of the Council of Europe at the Temple of Olympian Zeus in Athens.
The piano prodigy, who began performing in public at the age of five — and gave a concert at Carnegie Hall at the age of six — has been composing his own music for over a year now, to critical acclaim.

Here's a clip from Stelios Kerasidis, 8, performing last night at the Temple of Olympian Zeus to mark the start of the Greek Chairmanship of the Council of Europe. 🎼#Greece HT @coe2020gr pic.twitter.com/UVJTBWDzyM 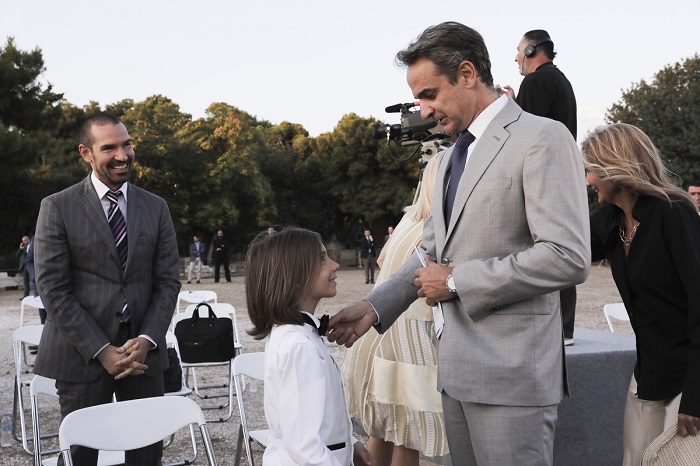 President Katerina Sakellaropoulou said that Greece’s presidency of the Council of Europe “is a unique opportunity for the country to highlight its European identity and progress and to contribute to forging our joint European progress.”
“A new Europe will rise through the pandemic crisis,” the Greek president declared, and despite pessimism about Europe’s future “we all know that Europe remains a privileged place and way of life on our planet.”
The Council of Europe is an international organization whose stated aim is to uphold human rights, democracy and the rule of law in Europe. Founded in 1949, it has 47 member states, with a population of approximately 820 million, and operates with an annual budget of approximately 500 million euros.
You can watch Stelios Kerasidis’ performance here.