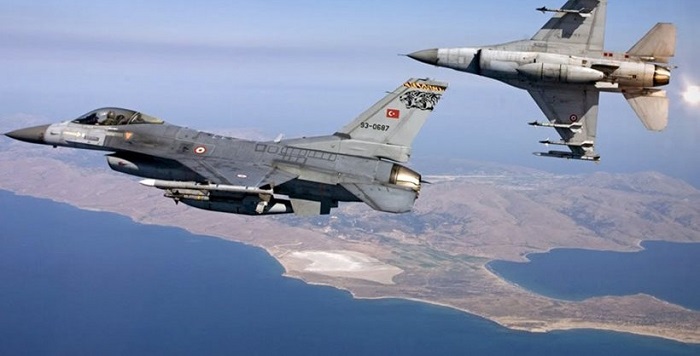 Greek military authorities recently announced that Turkish jets had committed a total of 50 new violations in the country’s national airspace just on one day, Thursday, July 2.
The violations were reported to have occurred within the northeastern, central and southeastern regions of the Aegean Sea, including over islands such as Chios and Ikaria. A total of 13 Turkish aircraft were also identified to be within the area.
The aircraft were identified as eight General Dynamics F-16 Fighting Falcons, two F-4 Phantoms, and one CASA/IPTN CN-235. These 13 jets also violated the air use regulations established by the Athens Flight Information region as well.
Because they did not first submit a flight plan, all the Turkish aircraft were duly intercepted by the Greek military in line with the international rules of engagement.
Four of the 13 Turkish jets were armed, according to officials, and Greek pilots engaged with them in mock dogfights as a result.
The violations are part of a larger, continuing pattern on the part of the Turkish military of not adhering to internationally-recognized regulations regarding Greece’s airspace.